KINGSTON, N.Y. >> The Kingston dentist who was acquitted last year of killing his lover’s husband was sentenced on Tuesday to a maximum of seven years in state prison for numerous unrelated charges.

Gilberto Nunez, 49, of Poughkeepsie, was sentenced by Ulster County Judge Donald A. Williams for charges related to insurance fraud and lying on a pistol permit application. Williams called Nunez a “calculated liar” who has “shown absolutely no remorse.”

“You are devoid of any shame,” Williams said. “Tragically, and perhaps pathologically, you believe that society’s rules do not apply to you.

“Because I see no remorse, I see no chance of rehabilitation,” the judge said.

Nunez was convicted of a total of 12 felonies at three separate trials in Ulster County Court in 2016:

• During the spring trial at which he was acquitted of murdering Saugerties resident Thomas Kolman, Nunez was found guilty of two counts of perjury for having a fake CIA identification card on his computer and for giving Kolman’s wife, Linda, with whom Nunez was having an affair, a letter purporting to be from a CIA agent.

• In October, he was convicted of grand larceny, insurance fraud and falsifying business records, all related to an insurance claim he submitted after a February 2014 fire at a building he owned next to his dental office on Washington Avenue in Kingston. The jury agreed with the allegation that Nunez improperly received an $8,400 insurance payment for what he claimed was rent he lost due to the fire.

• And in November, he was found guilty of perjury, offering a false instrument, and filing an apparently false sworn statement for claiming on a pistol permit application that he never was terminated or discharged from employment or military service for cause. Nunez was discharged from the U.S. Marine Corps in 1990 under “other than honorable conditions” after being absent without leave, or AWOL, for almost three years.

But the first and second sentences will be served consecutively, meaning the full term is 2-1/3 to seven years — with the minimum reduced to two years because of time Nunez already has spent in jail. 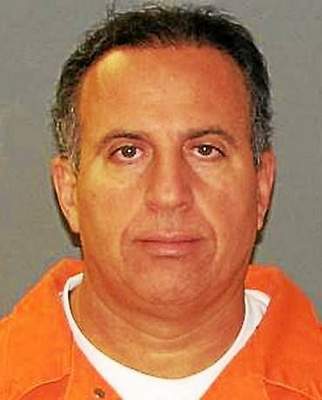 Nunez also was sentenced Tuesday to one year in jail for the charges related to the fake CIA documents, but that sentence is to be concurrent with the others, so it doesn’t raise the total.

Orange County Senior Assistant District Attorney Maryellen Albanese, the special prosecutor at all three of Nunez’s trials, asked Williams to give Nunez the maximum allowable sentence for each charge and to make all of them run consecutively, which could have led to a maximum of 42 years in prison.

In arguing for the harsh sentence, Albanese said Nunez committed the crimes to manipulate others for his own benefit.

“He is truly evil,” she said. “Society deserves protection from his sociopathic, narcissistic behavior.”

Defense attorney Evan Lipton asked Williams to order just six months of jail time and five years of probation, the sentence recommended by the Ulster County Probation Department. Pointing to 130 letters sent to the court in support of Nunez, Lipton said the dentist is a respected member of the community.

Williams said that under other circumstances, the charges of which Nunez was convicted probably would have led to a plea bargain resulting in misdemeanor charges, and the judge scoffed at the suggestion by Albanese that all of the sentences run consecutively, or back to back.

Still, the judge had harsh words for Nunez.

“What these trials demonstrated is that he was an individual who was consumed, consumed by an illicit affair” and was “willing to do absolutely anything at all in order to promote his prurient interest,” the judge said.

Williams said the thing he found “most troubling” was the “eerie calm” Nunez displayed during the six hours of police interrogation about the death of Thomas Kolman, who Nunez claimed was his best friend.

“What struck this court … was how eerily calm you were through this interview,” the judge said to Nunez. “That eerie calm will never leave me.”

Nunez was charged with second-degree murder in October 2015 for Thomas Kolman’s November 2011 death. Prosecutors alleged the dentist killed the 44-year-old man by lacing a cup of coffee with a medical sedative so that Nunez could have Linda Kolman to himself.

The defense in the murder trial said Nunez had nothing to do with the death and that it could have been the result of a heart problem.

Nunez was freed from the Ulster County Jail on $1 million bail shortly after his murder arrest, but he was returned to the jail after his November conviction in the pistol permit case to await sentencing.