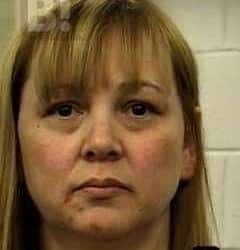 ALBUQUERQUE, N.M. — The economy initially appeared to be the cause of a local orthodontist’s financial woes, but an audit instead found that a northwest Albuquerque woman allegedly embezzled thousands from the business, according to a criminal complaint.

Albuquerque orthodontist Dr. Mitchell Silverman had been struggling for more than a year financially and blamed the economy until he realized that he had not seen a decrease in patients, but a decrease in profits.

Silverman asked his accounting firm to do an audit in March and auditors found several discrepancies. A preliminary audit found about $150,000 missing from Silverman’s business, the complaint reads.

The audit found Medicaid and other types of checks had not been deposited and were missing, according to the complaint. It also found deletions in the accounting system.

Paula Carver, 42, was the office manager from December 2008 until she was terminated following the audit in late-March. She had been responsible for taking payments from patients as well as billing and receiving payments from insurance companies and Medicaid, according to the complaint.