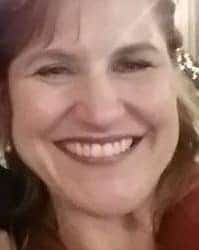 Piedmont police on Monday arrested a 35-year-old woman and charged her with embezzling more than $100,000 from a Piedmont dentist.
The Antioch resident, 35-year-old Sunny L. Gresham, was arrested at her current employer’s dental office in Brentwood, Piedmont Detective Catherine Carr said.
She was booked into Santa Rita Jail in Dublin and is facing 26 felony counts of grand theft. Her bail has been set at $100,000.
This January, the Piedmont dentist reported to Piedmont police that he believed a former employee had embezzled funds for approximately three years. Gresham had left his employment after a disagreement over working hours and salary. The dentist also suspected something was amiss with her accounting practices.
She had served as an office manager and accounts manager, Carr said.
A new accountant hired by the Piedmont dentist started noticing suspicious discrepancies of a few thousand dollars here, a few thousand there. It is believed Gresham funneled money via credits to her credit card and out of petty cash. Police could not prove the thefts from petty cash, Carr said.
But, Carr said, “Every time she did a transaction over $400, there was another count of grand theft added.”
Carr completed a year-long investigation of the allegations which culminated in Gresham’s arrest on Monday in Brentwood.
Carr said in the course of her investigation she spoke to a dentist where Gresham worked previously.
“He said, ‘Oh, she’s done it again’ but that dentist never pressed charges on her,” Carr said.
Gresham was apparently planning a wedding during her employment with the Piedmont dentist.
“The withdrawals seemed to ramp up as the wedding got closer,” Carr said.
Gresham was arrested around 1 p.m. Monday. She has no previous criminal record, police said.