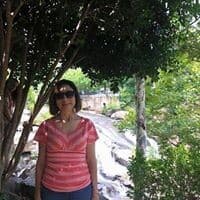 A 35-year-old Beaumont woman has been arrested by deputies for allegedly stealing nearly $25,000 from a dentist’s office where she was office manager.

According to law enforcement, Yvonne Mendoza was arrested Jan. 5 at the Yucaipa dentist’s office where she had been employed for three years and admitted embezzling an average of eight, $500 credit card transactions a  month and depositing the money into her own account.

Investigators contend that about a year ago the suspect was made office manager at the dental office and, without the knowledge or approval of her employer, she changed her payroll status from an hourly to salaried employee.

Afterward, she allegedly began paying herself $8,000 a month, causing the business to suffer a loss of  about $96,000, sheriff’s investigators contended.

Over the course of several months, the investigators said, she transferred about $25,000 into her personal account.

Because of the fraud, according to deputies, the dental office sustained losses of more than $100,000.

Mendoza has been fired from the dental office. She was arrested for grand theft and embezzlement and has been released from custody on $50,000 bail.