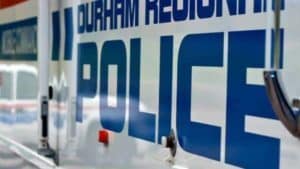 An Oshawa woman is accused of stealing more than $200,000 from numerous GTA dental offices over the past seven years.

The fraud unit found that since April 2013, the accused used her position to steal cheques from patients that were payable to the dentists, police spokesman Jodi MacLean said.

She’s accused of depositing the cheques into her personal bank account.

Detectives later determined five other dentists with offices in Brampton and Bramalea were also allegedly ripped off, MacLean said.