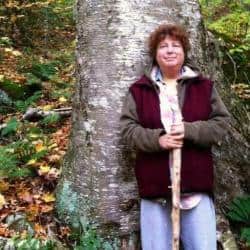 Allison Schy, 55, pleaded not guilty in Washington County criminal court in Barre Thursday to a felony count of embezzlement and a felony count of theft of services. If convicted, she faces a maximum sentence of 20 years in prison.

According to the affidavit of Detective Stephen Nolan of the Montpelier police, dentist Dr. Kenneth Kero reported to police in November he believed one of the employees from his Montpelier office was taking money from his business. Kero named Schy, his office manager of seven years, as the suspect.

Kero told the police he had discovered problems in billing ledgers, with $4,000 in discrepancies found from January 2014 until May 2014. He said it appeared Schy would give him one copy of the ledger and then go back and change the ledger to add more billings.

After Kero had a certified public accountant look at his books, he told the police Schy took at least $48,000, with another $20,000 that was “questionable.”

“I believe that my office manager has been stealing by taking patient payments (cash and/or checks) provided that day and by not reflecting the day sheet provided to me,” Kero said in a statement. “She then would go back into the system either after I left or on another date and add the payment or change the payment date so that they would not show up later with the patient owing a balance.”

Police put a recording device on Kero before he and Schy had a face-to-face conversation in his office in December. Nolan said Kero accused Schy of stealing from him. She responded by saying she was “astonished” by the accusation, and wanted to see proof and have a chance to defend herself.

Nolan said Kero showed Schy the ledgers and the discrepancies and she said they must have been a “mis-entry”and she may have entered an “incorrect payment.”

Nolan said Schy told Kero she was “desperate” and when people are desperate they do desperate things.

Kero was again fitted with a wire later in December for an additional conversation in which Nolan reported Schy admitting to helping patients who were underinsured or uninsured by giving them discounts. Nolan said Schy also admitted that some of the missing funds were due to her drug abuse.

In an effort to pay back the money owed, Nolan said Schy gave Kero $10,000 in January and paid back another $4,591 by signing over her paychecks from Kero’s office to the dentist. Nolan said she quit her job in April.