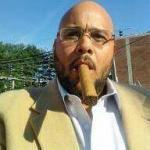 When Detective Dan Salcedo retired after more than 16 years investigating homicides for the Orange County Sheriff’s Department, he wasn’t “looking to do anything other than [go to the] beach and golf.” But in the summer of 2014, just a few months after he’d left his desk, his old department came calling.The Orange County Sheriff’s Department was initiating a Cold Case Homicide Task Force, and they wanted to hire back a few retired investigators to work part-time and head up the team. It was an offer Salcedo, who has more than 200 homicide investigations under his belt, couldn’t resist. He was back, at least a few days a week, as a “part-time retired cold case homicide task force investigator,” as he tells LAist. On March 7, 1986, Dr. Cedric Horn, a 77-year-old dentist, left his home for a business meeting in Northern California, with plans to also visit his daughter in Oregon. Horn never returned. His family members reported him missing on March 13, 1986. His body was never found, although his car did surface in Houston several weeks after he’d been reported missing. According to the O.C. Register, a neighbor claimed at the time that Horn believed that one of his business partners, along with some of his money, had gone missing shortly before his own disappearance. Steven White, a business associate of Horn’s, was identified as a person of interest in the case early on, but White had disappeared from Orange County shortly thereafter and the case had been gathering dust ever since. The Cedric Horn case—which had been cold for nearly three decades—was one of the first that Dan Salcedo looked at when he returned to the force. Salcedo began to pour over the original case book, which had been assembled by the investigators who’d worked on the case in 1986 and 1987. Steven White’s name had been mentioned as a person of interest then, but “him disappearing from Orange County and not wanting to be contacted by our guys” had slowed things down. On Dec. 12, 1987, White had been convicted by a Florida jury for murdering another business associate in April 1987, and had been in a Florida prison facility ever since. “Really not much had been initiated, as far as his involvement in the Cedric Horn case,” Salcedo told LAist. But Salcedo pushed on, he found “some things that the guys back in the day had gathered that pointed to Steven White possibly being responsible for the disappearance.” Salcedo was not able to share details, but he said the evidence was sufficient enough for him and his partner to request a trip to Florida to speak with White about the case. Salcedo and his partner William Griffin—another retired O.C. detective who had returned to the Cold Case task force part-time—traveled to Florida in May 2015. After coordinating with Florida prison officials, Salcedo and Griffin went in to meet White, who is now 66. The suspect was “very cordial and very soft-spoken,” according to Salcedo. If anyone could get a confession out of White, it would be Salcedo. In an O.C. Register story about his retirement, Saucedo’s colleagues and supervisors praised his “old-fashioned detective work,” saying he did his best “when sitting across the table from suspects or knocking on doors. More specifically, the detective was blessed with, as his last supervisor described it, ‘the gift of gab.'” Another supervised compared him to Columbo, the famously chatty ’70s-era television detective. Griffin and Salcedo were cautiously optimistic as they went in to speak with White. They’d come a long way, but the case was still nearly three decades old, and they had no way of knowing if White would be cooperative, as Salcedo told LAist. They needn’t have worried. “[White] let us know what the circumstances were both prior to and following Cedric Horn’s death, and that he was solely responsible for it,” Salcedo said. “I don’t know that without us going here he would have ever confessed to anyone what he had done, ” Salcedo said, adding that he considers their trip to talk to him “well worth it.” White arrived in California Wednesday, and made his first appearance in a Santa Ana courtroom this afternoon. Because White is already serving 25 years to life in his Florida sentence, he now faces a “special circumstance allegation of committing another murder,” meaning he would face at least life in prison without the possibility of parole if convicted of Horn’s murder, according to City News Service. It’s believed that White befriended Horn to try and convince Horn to enter into business dealings with him, and White is accused of gaining access to Horn’s bank accounts and fraudulently transferring funds from Horn’s account into his own, according to the Orange County District Attorney’s Office. White was charged with Horn’s murder shortly after Salcedo and Griffin returned from Florida, but he fought extradition charges, which is why it took almost a year for him to be brought to California. “There certainly is a satisfaction in it,” Salcedo said. Have questions or concerns? Call us toll-free at 888-398-2327 or click HERE. Content retrieved from http://laist.com/2016/04/28/cold_case_murder.php