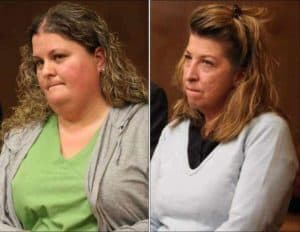 Two former employees of a Haledon dental office admitted on Monday that they stole $200,000 from their employer.

Arlene Marchese, 35, of Wayne, and Karen Wright, 44, of Wyckoff, worked at Belmont Dental Associates for more than a decade, beginning in the late 1990s.

Marchese, who was the office manager, and Wright, a dental hygienist, said Monday in state Superior Court in Paterson that they diverted insurance payments to their employer for six years, from 2005 to 2011.

In separate guilty pleas before Judge Greta Gooden Brown, the two women admitted that the payments were made by insurance companies in a series of checks for services rendered at the dental office.

Marchese and Wright said they were authorized to receive those checks and deposit them in the business account of Belmont Dental Associates, but instead deposited the money in another account and used the money for their own purposes.

The two women were charged in 2012 after Dr. Dominick Lembo, who owns the dental office, called an insurance company to inquire about payments that he should have received, and eventually discovered the thefts.

As part of the plea deal, Marchese and Wright agreed to make restitution of $200,000 and will receive probation when they are sentenced May 2, said Jay McCann, an assistant Passaic County prosecutor.

The agreement requires the two women to make a payment of $20,000 each on Monday and $5,000 each on their day of sentencing, McCann said. They will also pay $1,000 a month during their probation until the remaining balance is paid off, he said.

Defense attorneys Robert Galluccio and Mark Musella told the judge that the $20,000 that each defendant is required to pay on Monday has already been placed in attorney trust accounts and that Lembo will receive the payment on the same day.

Lembo, who attended the hearing on Monday, said later that he was pleased with the outcome of the plea agreement.

“I am happy to see justice being served,” he said.

Lembo said he was in “complete and total shock” when he found out that two longtime employees that he trusted were taking money from him.

“They were paid well,” he said. “They were rewarded handsomely. And yet they stole.”