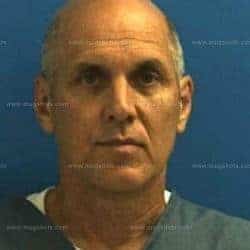 PALM HARBOR – If the charges are true, it’s not the first time Zed Turner posed as a legitimate accountant to steal hundreds of thousands of dollars from an unsuspecting client. In 1997, he was charged with stealing more than $250,000 from an 88-year-old blind woman from Palm Harbor. He later pleaded guilty and, in exchange for his plea, received four years of probation and paid $107,000 in restitution. Now Pinellas County sheriff’s detectives say that Turner has returned to his old ways. This time, they say, Turner, 52, of Oldsmar stole more than $375,000 from a dental office where he had been hired to handle the company’s payroll. Deputies arrested Turner on Monday night on a grand theft charge. He was being held in the Pinellas County Jail on Tuesday in lieu of $375,000 bail. His attorney, Robert Eckard, declined to answer questions, saying he hadn’t seen the Sheriff’s Office investigation. According to authorities, Turner was hired Jan. 1, 2003, to handle the payroll taxes for a dental business owned by Harry A. Insko at 4050 Tampa Road in Oldsmar. Turner presented himself as a certified public accountant, but he holds no such license in Florida. Turner was supposed to prepare the employees’ checks, deducting income and Social Security taxes, detectives said. Turner then had Insko cut him a check in the amount of the taxes, saying that he would forward the money to the Internal Revenue Service and Social Security Administration. Turner, though, kept the money for himself and successfully avoided detection for three years, authorities said. He used the money for his mortgage payments, airline tickets and a new GMC Yukon sport utility vehicle. “We’re in shock,” said Jan Boromei, an office receptionist and sister-in-law of Insko. “Turner was someone we trusted. To meet him, you’d never know it in a million years. … When we all found out, we were nauseous. That’s how sick we were.” Insko was out of town and unavailable for comment. The truth about Turner emerged in June 2006 when the Insko family got a letter from the IRS, authorities said. They later learned from the IRS that no tax papers had been filed for 2003 through 2006. The Inskos turned to the Sheriff’s Office, and Detective David Kavanagh in the economic crimes unit took up the investigation. Kavanagh said Tuesday he feared there might other victims who have not come forward or even realized they have been taken. Have questions or concerns? Call us toll-free at 888-398-2327 or choose “Contact Us” from our menu Content retrieved from http://www.sptimes.com/2007/03/21/Northpinellas/Man_again_accused_of_.shtml
Name: TURNER, ZED M JR
Race: WHITE
Gender: MALE
Birth date: 4/11/1954
Hair Color: GRAY OR PARTIALLY GRAY
Eye Color: GREEN
Height: 6′ 2″ (1.88 m)
Weight: 200 lb (91 kg)
DC Number: R09142
Release Date: 12/28/2023
Current Facility: GULF C.I.
Initial Receipt Date: 4/30/2009
Current Custody: MEDIUM
Current Release Date: 12/28/2023
Names / Aliases:
Charges:
Current Community Supervision History:
Detainers:
Incarceration History: