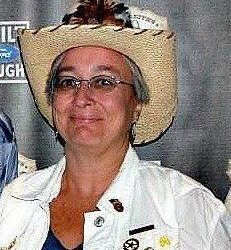 BRIDGEPORT – A Milford bookkeeper, serving a prison term for stealing more than $350,000 from a Redding tree service, pleaded not guilty Thursday to stealing more than $60,000 from a Fairfield dentist.
Bernice Dohn, 57, the owner of Premier Accounting and Bookkeeping Services in Milford, pleaded not guilty before Superior Court Judge Robert Devlin to first-degree larceny and second-degree forgery.
She asked for a jury trial.
The judge continued the case to March 9.
Dohn, of Rivercliff Drive, Milford, had been working for Dr. Kenneth Epstein of the Family Dental Group in Fairfield when she abruptly quit in February 2016 because she said she needed foot surgery, according to police.
She was in fact surrendering the next day to begin a prison term for another embezzlement.
Police said the dental office later determined that Dohn, who had been in charge of the office’s payroll, had been writing checks to herself from the office’s accounts.
In addition, police said Dohn also altered checks sent to the dental office to make them payable to her and had been paying herself unauthorized raises and overtime.
Dohn should have been getting a salary of $55,120 a year but when she quit she was making $85,609 by her own hand, police said.
Dohn was sentenced Feb. 10 to four years in prison for stealing $365,000 from Evergreen Enterprises of Redding where she had been working as a bookkeeper for two years.
At the time Dohn was on probation for embezzling $11,000 from a Berlin company where she worked as a bookkeeper. Police said she used some of the money she stole from Evergreen to pay restitution in the Berlin case and they believe she used money she allegedly stole from Dr. Epstein to pay back Evergreen.

Here is her previous escapade from 2014:
REDDING — A Milford resident has been accused of embezzling more than $165,000 over the course of two years while she was a bookkeeper at a Redding tree service company.
Bernice Dohn, 55, has been charged with seven counts of second-degree forgery and one count of larceny after she admitted to cashing company checks and pocketing the money, according to court documents.
Dohn, who was arrested Dec. 5 and is free on $75,000 bond, has pleaded not guilty to the charges.
Chris Hyatt, of Evergreen Enterprises, notified police in September when Dohn admitted to stealing from the company, according to the arrest affidavit.
The Berlin Police Department, which charged Dohn on Sept. 19 with second-degree larceny, initially alerted Hyatt when they began investigating as much as $53,000 that had been deposited into her bank account over a nine-month period, according to the affidavit.
Hyatt confronted Dohn, who confessed to taking money from his company, according to the affidavit.
“Hyatt stated he believed Dohn was cashing the checks for his company to take the money and then record the check she cashed in the books as a company expense that was paid,” the affidavit said.
Dohn told the police she took the money from Evergreen Enterprises, but was unsure how much, according to the affidavit. After reviewing bank records, she estimated she had embezzled $60,000, but said she didn’t have much of the money left, the affidavit said.
According to the affidavit, Dohn made a deposit every month, cashing 93 checks totalling $165,141 from November 2012 to July 2014.
According to Dun & Bradstreet Credibility Corp., Evergreen Enterprises generates an average of $250,000 in yearly revenue. Hyatt could not be reached Thursday for comment.
Content retrieved from http://www.ctpost.com/local/article/Bookkeeper-accused-of-stealing-165K-from-Redding-5967069.php