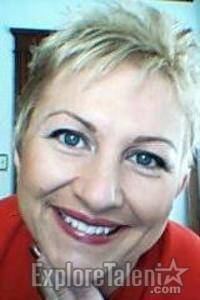 BANTAM — A Torrington woman appeared in Bantam Superior Court Tuesday on charges of larceny and narcotics possession after she allegedly stole from the dental office where she worked.

Izabela Murray, 38, 42 Seymour Street, was arrested on Sept. 6 and charged with sixth degree larceny and possession of narcotics. The arrest, police said, was based on a July 21 incident and subsequent investigation.

According to the affidavit, employees at Dr. Patel’s Dental Center in Torrington filed a larceny complaint on Sept. 6 after reviewing inventory reports for the drug fentanyl citrate, which is used as an anesthetic.

Inventory reports showed that ten vials of the drug were unaccounted for. Employees said they suspected Murray, a dental assistant, was responsible.

Murray allegedly told other employees she did not know what had happened to the missing vials.

According to the affidavit, Murray told the police she must have misplaced the vials or they had been thrown away.

After learning the entire practice could get in trouble for the missing drugs, Murray reportedly told the police that she had taken them, saying she started sampling the drug to help relax her due to depression. According to the affidavit, she said she broke the vial on July 21 after taking the drug and claimed she broke it, and started taking one vial at a time from the order she placed. She told the police that she had taken a total of six vials, according to the report.

Murray is scheduled to appear in court again on Oct. 27.