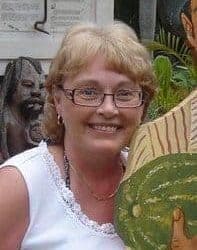 A Nova Scotia woman who is addicted to gambling on video-lottery terminals has been sentenced to two years in jail for stealing from her employers.

Court heard that Debbie Rushton stole more than $230,000 from T. A. Orthodontics and Donford Enterprises of Truro, N.S.

The 45-year-old woman from nearby Debert, N.S., pleaded guilty to theft and fraud charges in January.

During her sentencing hearing yesterday, the Crown and the defence detailed Ms. Rushton’s addiction to VLTs.

Ms. Rushton stole the money over a seven-year period to obtain money for her gambling habit, court was told.

But he increased the sentence at Ms. Rushton’s request because she wants to get access to rehabilitation services available at federal prisons.

Evidence presented to the court stated the woman was working overtime when she made many of her thefts.

Ms. Rushton stayed late many nights at the orthodontist’s office manipulating the books so the doctor wouldn’t know she was stealing from him.

Judge MacDougall heard in provincial court that Donald Johnston noticed she was working late and decided to pay her an extra half-hour per day. “A nice little bump up, given she was using the extra time to steal from her employer,” the judge said.

A further $11,641 was taken from the associated company, Donford Enterprises Ltd., and it took another $3,500 in audit costs to uncover that theft.

Ms. Rushton secured a loan from her mother and paid $40,000 in restitution.

Defence lawyer Jill Nette told the court that Ms. Rushton had done extensive research and knew that there were more programs available in federal prison for her gambling addiction than she could find in a provincial institution.

“All the money she had went to gambling,” Ms. Nette said.

A woman in Truro, N.S., made an unusual request Thursday: she asked for a longer jail term.

Debbie Rushton, 45, of nearby Debert, had already pleaded guilty to stealing more than $230,000 from her former employer over a seven-year period, and the judge initially sentenced her to 18 months in a provincial jail.

When her lawyer, Jill Nette, explained that Rushton was addicted to video-lottery gambling, and would only get proper treatment for it in a federal prison, Judge John MacDougall agreed to her request for a two-year sentence, which would automatically send her to a federal institution.

“She had done some research, and satisfied herself that the federal institution would provide better services and better rehab, rehabilitation services for her particular problem,” Nette said.

During her sentencing hearing Thursday, the Crown and the defence both detailed Rushton’s addiction to VLTs.

The court was told Rushton stole the money over a seven-year period to get money for her gambling habit.

“All the money she had went to gambling,” said Nette. “It was not uncommon for her to gamble $1,000 per week.”

Rushton stayed late many nights at the orthodontist’s office where she worked, manipulating the books so her employer wouldn’t know she was stealing from him, the court was told.

Elizabeth Fry Society addictions counsellor Jeanette Milley said Thursday she is seeing an increase in the number of women with gambling addictions who are getting in trouble with the law.

“The VLTs especially, we notice a marked increase in, where women are self-medicating with the use of VLTs, and it’s increasing, year by the year, the number of women who seek our help,” Milley said.

Milley says she expects to see more cases of women choosing longer sentences, because often the only way to get in-house treatment for their problems is in a federal institution.