BOYNTON BEACH, Fla.  A Boynton Beach woman who works at a dentist’s office was arrested for fraud Tuesday after she allegedly stole a patient’s credit card information.

Schenique G. Mitchell, 31, is being held at the Palm Beach County Jail in lieu of $9,000 bond. She is facing 10 counts of fraudulent use of a credit card, 10 counts of criminal use of personal identification information, petit theft, organized scheme to defraud and exploitation of an elderly person. 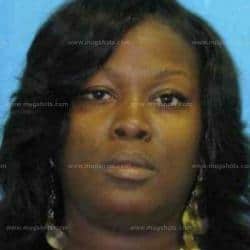 Mitchell was arrested after telling a Palm Beach County Sheriff’s detective on Tuesday that she had taken a patient’s credit card information for a friend she met “on the block” and knows as “MO.”

While Mitchell told detectives that “MO” told her through a text message to steal credit card information from patients, she didn’t give a specific date of when the request was made.

She said that “she does not know what was ordered, where it was shipped or if it was received,” the affidavit stated. Mitchell also told the detective that “she has done this same crime approximately four other times with four other separate victims.”

Detectives learned of the most recent incident after a patient of Boynton Beach dentist Dr. Edward Broggi reported several fraudulent charges to his credit card, from Dec. 28 through Jan. 2.

Detectives are now requesting the public’s assistance in locating the four additional victims.

In a statement released this afternoon, Sheriff’s office spokeswoman Teri Barbera asked that anybody who has been a patient of Broggi’s since 2011 and has been a victim of credit card fraud or identity theft contact Det. Richter at (561) 357-7053.

While the coronavirus has had a dramatic effect on many dental practices, fortunately, we are a geographically dispersed company, with many of our team normally working from their home offices.  So we are fully functional and expect to remain so.

We are offering several special programs for practices with cash flow issues caused by the coronavirus; please feel free to CONTACT US for more information.

If you are looking for our Power Hour webinar series, information is HERE.