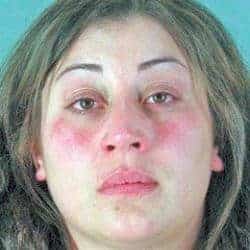 Have questions or concerns? Call us toll-free at 888-398-2327 or click HERE.
Jasmine Delafuente, a former bookkeeper accused of stealing $70,000 from a Redwood City dentist shortly after being fired by a different dentist for embezzlement must spend two years in county jail and repay the stolen money. Delafuente, 31, actually received a four-year prison term after pleading no contest to felony embezzlement and admitting she took more than $65,000. However, under the new state inmate realignment rules, Delafuente will spend two years in the county jail followed by two years on mandatory supervision. She must also pay $70,161.54 to her former employer. Delafuente has credit of 604 days against the term earned while in custody on $100,000 bail and a no-bail hold for allegedly violating probation in the previous embezzlement case by being arrested again. Between March 2009 and August 2010, prosecutors said Delafuente took the cash paid by patients and deleted proof of payment from office records. Delafuente urged patients to pay in cash, according to prosecutors who said she particularly took advantage of Spanish-speaking patients. Just prior to working for the office, Delafuente had been fired in February 2009 for stealing $6,793 through the same means. Delafuente was prosecuted and convicted of felony embezzlement in August 2010, settling a case that had been pending in court through most of the time she was working for her second alleged victim. She was sentenced to 60 days jail and felony probation for the first case. On top of her new jail term, Delafuente also received a concurrent sentence for the probation violation.
To watch a webinar on how to prevent people with “baggage” from getting jobs in your practice, click HERE. Content retrieved from https://www.smdailyjournal.com/articles/lnews/2012-01-05/dental-bookkeeper-convicted-for-embezzlement/ ________________

Update — She’s at it again…

A bookkeeper accused of stealing $3,200 from an East Palo Alto dental office while on probation for ripping off two Redwood City dental offices pleaded no contest Tuesday to a felony embezzlement charge.

Jasmine Delafuente, 32, skimmed $3,200 from deposits she took to the bank for her employer, 6 to 9 Dental on East Bayshore Road, according to the San Mateo County District Attorney’s Office. The thefts occurred last year from June 29 to July 19 and she was arrested on Aug. 30.

Although she pleaded not guilty in September to an embezzlement charge, Delafuente made a deal with prosecutors and switched her plea to no contest.

In exchange, she’ll receive a maximum prison sentence of three years and eight months, according to the district attorney’s office. She is scheduled to be sentenced on March 1.

Delafuente has been arrested on embezzlement charges a total of three times in four years.

In February 2009, Delafuente was fired from her bookkeeping job with a Redwood City dental office for stealing $6,973.

Delafuente subsequently was sentenced to 60 days in jail and probation in that case, but in the meantime she was hired by another Redwood City dentist and stole $70,000 from that office between 2009 and 2010.