A RECEPTIONIST fiddled the books at the dental practice where she worked to steal more than £17,000. Shabnum Rahman was head receptionist at the flagship Rumworth branch of Ravat and Ray Dental Care in Wigan Road, Bolton, since 2007 but betrayed the firm by transferring money into her own accounts disguised as refunds to clients. The 25-year-old, of Sutcliffe Road, Astley Bridge, admitted fraud by false representation and false accounting when she appeared at Bolton Magistrates court on May 5. The charges states she “falsified accounts, namely refund slips, entries of payments on her employer’s computerised ledger and on the corresponding clients’ ledgers.” Rahman who was named runner-up in the The Diane Ray Award for Outstanding Contribution 2015 at the company’s internal awards ceremony in November, committed the offenses between March 2015 and March this year. She was sentenced to 16 months in prison, suspended for two years, at Bolton Crown Court on Tuesday. The judge ordered Rahman, also known as Shabmun Matadar, to pay compensation to the dental practice of £17,160.80p. She has been sacked by the dental surgery chain. A spokesman from Ravat & Ray said that: “We are pleased to see the courts have taken the matter seriously and we consider the matter closed. “We would like to thank all those involved in securing a conviction and a special mention to all the staff at the practice who adhered to the organisation’s robust policies and procedures to ensure that our patients were never exposed to this theft.” Have questions or concerns? Call us toll-free at 888-398-2327 or choose “Contact Us” from our menu Content retrieved from http://www.theboltonnews.co.uk/news/bolton/14534343.Dental_surgery_receptionist_who_fiddled_the_books_to_steal___17_000_gets_suspended_jail_term/ ______ In 2015, Shabnum Rahman won an award for outstanding dental receptionist in her DSO. 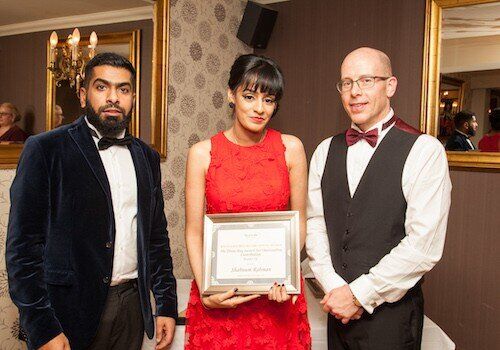