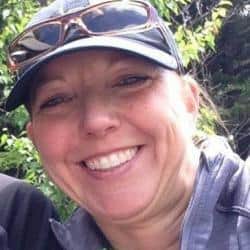 Deviating from a plea agreement, a Rutland County criminal court judge sentenced a Pittsford woman to serve six months in home confinement for what was described as eight-and-a-half years of embezzling from a dental practice, where the woman was so much a part of the family, she was a member of the dentist’s daughter’s bridal party.

Karen Valach, 50, pleaded guilty to two felony charges of embezzlement in February under a plea agreement that called for her to be sentenced to no more than 28 days in prison.

After hearing statements by Dr. Michael Dick, former owner of Cornerstone Dentistry, and Dick’s daughter, Sarah Coote, Zonay told Enzor he would not be willing to consider a home confinement sentence unless it was longer than 28 days. Enzor said he had already discussed the possibility with his client and Valach told the judge she would accept a longer sentence without withdrawing her plea.

Enzor said Valach had also brought a bank check for more than $50,400 to reimburse Dick. At the end of the hearing, Enzor gave the check to Rutland County Deputy State’s Attorney Travis Weaver.

Valach was accused of embezzling from Dick, and later from Dr. Sonia Yau after she bought the practice. One of the two embezzlement charges named Dick and the other named Yau.

Valach had already made restitution of about $21,000 to Yau, Enzor said, and insurance covered the rest.

Valach, who appeared to be in tears several times during the hearing, read a statement in which she apologized to her former co-workers.

“The phrase, ‘I’m sorry’ seems very insignificant in light of what I’ve done, but I truly am very sorry. In my desperate mind, I felt like taking cash from my employer was much simpler than just letting my husband know what kind of financial trouble we were in. It did go on for a while, and I never stopped to realize just how much I was taking,” she said.

Reading her statement, Coote said Valach had become “my mentor, my surrogate mother, a best friend and a support to me in both my personal and professional lives.”

“On the most important day of my life, Karen stood up for me at my wedding. Ironically, she took money right before my wedding and right after,” Coote said.

Coote said Valach had embezzled about $102,000 from the dental practice, where she handled money deposits, between 2009 and 2016. She condemned Valach for making “endless excuses” and failing to tell people at the practice about the extent of the embezzlement, even after it was first discovered.

Coote said Valach had hurt the family by telling people she left Cornerstone “because her workmates were petty and there was animosity in the office.”

Dick, who was part of a group of about 10 people connected with Cornerstone who attended the sentencing hearing, said the practice shared its profits with all the staff so when Valach embezzled, she was taking money from her coworkers as well.

“Most importantly to me, Ms. Valach has not shown any remorse, acknowledgment or apology to me since the discovery. In the time frame between the initial discovery and charges being filed, a period of over five to six weeks, if Ms. Valach had ever contacted me, acknowledged the embezzlement, apologized and attempted to make restitution, I am sure we all would not be here in court today, spending time and taxpayer dollars on these proceedings,” he said.

Dick asked Zonay to make sure “crime does not pay.”

Valach’s husband, Tom Valach, said the situation had been “devastating” for his family.

Tom Valach said he and his wife had been to counseling, taken a financial class and found a pastor to work with them.

In her statement, Karen Valach said she hoped “one day my former coworkers won’t think of me in a hateful way but maybe as a person who has screwed up and can be forgiven.”

On Tuesday, Zonay said the home confinement sentence was to start immediately.

A Pittsford woman is facing about a month in jail after pleading guilty on Tuesday to two felony counts of embezzlement.

Karen Valach, 50, was arraigned in Rutland criminal court last March on three felony counts of embezzlement after police said she took about $30,000 from Cornerstone Dentistry in Rutland.

Valach worked at the front desk. A police affidavit said she handled the money deposits for the practice.

Dr. Sonia Yau, the head of the practice, told the police Valach confessed to her in November 2016 she had been taking money from the practice since January of that year.

Valach reached a plea agreement with the state Tuesday. The prosecution agreed they would ask for no more than three to five years in prison, with all that time suspended except for 28 days.

The agreement caps the maximum restitution at $55,000.

The defense is free to argue for a lower sentence.

Once Valach is sentenced, the third embezzlement charge will be dismissed under the agreement.

Sentencing is scheduled for May 29.

Police said that a woman who worked for a local dentist’s office embezzled more than $100,000 over a period of almost eight years.

Karen E. Valach, 49, of Pittsford, was cited on a single felony count of embezzlement. She is scheduled to appear in Rutland criminal court on March 13.

Cpl. Adam Lucia, of the Rutland City Police Department, said in a statement that staff at Cornerstone Dentistry reported on Dec. 19 that an employee was suspected of fraudulent actions.

After an investigation, police said Valach, a member of the office staff, had embezzled about $100,550 from January 2009 to November 2016.

Valach was interviewed by officers with the Rutland City Police Department before being charged.