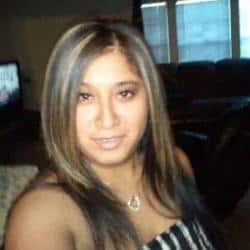 After serving six years of her 15 year prison sentence, Misty has been released and is currently living in San Antonio.

A dental office manager was sentenced to 15 years in prison Tuesday for embezzling $353,000 from her employer, squandering it on items that ranged from a Beyoncé concert to a limousine ride to a church.

Misty Casanova, 34, also is alleged to have spent the money on Lil Wayne and Chamillionaire concerts, Spurs games, a monster truck rally, a quinceañera, multiple hair appointments and to pay for a divorce. In addition, she transferred more than $900 to her boyfriend’s prison commissary account, court documents state.

He asked the judge to assess a 20-year term — the maximum under a plea agreement reached in March. Theft of more than $200,000 is a first-degree felony, usually punishable by up to life in prison. Casanova sought probation.

“She is committed to trying to make payments for that restitution,” defense attorney Jesus Lopez told the judge. “She has a great deal of remorse for her actions.”

But to pay the entire amount back in 10 years — the maximum period of probation — she would have to pay back more than $35,000 per year, the judge pointed out.

Seitz, who owns Seitz Dental Associates on Blanco Road, said that if he couldn’t receive all of the money back, he would prefer to see his former office manager go to prison. The thefts were “devastating” and have caused him to lose respect from family and colleagues, he said.

“They just look at me and say, ‘How could you be so naïve?’” Seitz told the judge.

The dentist also allowed Casanova to rent his old house so her children could attend Churchill High, he said. The home was left “a disaster” when she moved out, prosecutors said, explaining she left behind four cats and a rabbit.

Seitz said he spent $5,000 and months’ worth of nights and weekends restoring the home.