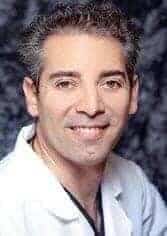 RIVERSIDE COUNTY, CA — A Los Angeles-area dentist accused of conspiring to torch his Corona office to collect property insurance payouts is facing more than a dozen felony charges. Dr. Armen Shaant Megerdichian, 51, of Winnetka was arrested Monday and arraigned on 13 felony counts, including filing false insurance claims, concealing facts in the process of filing a claim and grand theft.
Megerdichian pleaded not guilty before Riverside County Superior Court Judge Emma Smith, who scheduled a felony settlement conference for July 11 at the Riverside Hall of Justice.
The doctor posted a $600,000 bond and was released from the Robert Presley Jail in Riverside on Monday afternoon.
Megerdichian’s alleged co-conspirator, Jonas Borsca Jr. of Riverside, was arrested and charged last month with filing a fraudulent insurance claim and knowingly preparing a false claim Borsca posted a $35,000 bond and was released from custody prior to his scheduled arraignment.
Another defendant, 57-year-old Cornel Lucaci of Corona, is charged separately with arson, burglary, filing false insurance claims, grand theft, forgery and identity theft.
Lucaci is being held in lieu of $2 million bail at the Smith Correctional Facility in Banning. He’s scheduled to make a pretrial appearance Wednesday at the Riverside Hall of Justice.
The defendants allegedly orchestrated an arson at the Parkridge Dental Spa on Parkridge Avenue in March 2014. The business not only offered dental services, but also therapeutic cosmetic treatments.
The total sum of insurance payments disbursed after the fire was unclear.
Corona Fire Department arson investigators turned up clues that the blaze had been intentionally set, but gathering and processing evidence to justify charges in the case took four years, authorities said.
According to the Dental Board of California, Megerdichian has an active license to practice dentistry. He has no documented prior felony convictions.
Borsca and Lucaci also have no documented priors in Riverside County.
Content Retrieved From: https://www.beckersdental.com/dentists/33835-california-dentist-accused-of-setting-fire-to-practice-to-collect-insurance-pay-out-now-faces-13-felony-charges.html