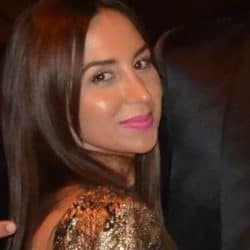 WASHINGTON (WJLA) – The 7 On Your Side I-Team tracked down answers, uncovering a criminal case involving a D.C. dental practice after hearing from a viewer who spent months trying to get a refund. The I-Team discovered that viewer’s money may be lost, as the owner of the clinic faces federal charges.

The 7 On Your Side I-Team spent months unravelling a mystery. And it started with a visit to a local dentist. Doctor Mofolusara Ogunfusika is not the target of our investigation; we found out she’s wrapped up in one the feds say is centered around the owner of the Washington, D.C. dental clinic where Ogunfusika used to work.

One year ago, Ogunfusika was working for the Dental Arts Group, a clinic located on 18th Street in Northwest D.C. In her short time there, she says she saw red flags with how the practice’s finances were handled. Ogunfusika reported it to authorities, as a whistleblower.

“After about a month I was there, I saw a few things I wasn’t comfortable with,” Ogunfusika said.

Dental Arts Group patient Devora McCoy says she saw problems, too. She contacted 7 On Your Side after spending months trying to get a refund from the clinic, which she says made her pay nearly $400 up front and then kept a reimbursement check sent to the clinic by her insurance company.

“Thankfully, I’m not in a financial crisis where I really need the money,” McCoy said. “But if I was I would be out of luck.”

And it appears the luck has started to run out for Nancy Ebrahimi, the woman court documents list as the owner of Dental Arts Group. 7 On Your Side has learned she’s been hit with federal charges for allegedly submitting fraudulent bills, stealing the identities of licensed dentists, and defrauding patients like McCoy, who had no idea Ebrahimi was behind the whole business.

But Doctor Ogunfusika knew something seemed off. She’s now moved on, to another reputable clinic in Maryland.

She’s hoping her reputation doesn’t get dragged down, saying, “I gave my best as a provider and I did no harm to anyone, so I’m very comfortable with that.”

The 7 On Your Side I-Team couldn’t locate a working number for Ebrahimi. She lives in a secure building, so we couldn’t contact her personally for comment. But we spoke with the public defender handling her case. He told us he did not want to comment.

If convicted, Ebrahimi faces a maximum penalty of 20 years in prison on each wire fraud count, 10 years in prison on each health care fraud count, a mandatory two-year consecutive sentence for each of the aggravated identity theft counts, and five years in prison on each count of making a false claim regarding health care matters. The maximum statutory sentence is prescribed by Congress and is provided here for informational purposes, as the sentencing of the defendant will be determined by the court based on the advisory Sentencing Guidelines and other statutory factors. Criminal indictments are only charges and not evidence of guilt. A defendant is presumed to be innocent until and unless proven guilty.

According to allegations in the indictment, Ebrahimi, a law school graduate, owned and controlled Dental Arts Group, which purported to provide administrative and consulting services to dental practices. Through her control of Dental Arts Group, Ebrahimi allegedly carried out a scheme to steal the identities of various individuals, including other dentists, and use their identities without their knowledge to open merchant accounts with consumer dental financing programs, including CareCredit. To gain access to these programs, Ebrahimi submitted false and misleading enrollment applications.

Once the fraudulent CareCredit merchant accounts were opened, Ebrahimi allegedly billed patients for charges that were inflated, never authorized, or never approved. For example, under one CareCredit merchant account that Ebrahimi opened without the victim’s knowledge, patients disputed nearly 50 percent of the total amount Ebrahimi charged for purported dental services. At the time, the dispute rate for all other CareCredit dental merchants was less than 1 percent. Furthermore, Ebrahimi allegedly submitted false CareCredit charge slips that purported to bear the signatures of patients.

The indictment further alleges that Ebrahimi defrauded Humana, a private health insurer, by submitting false and inflated insurance claims for dental services that were never rendered. Ebrahimi allegedly deposited the profits earned from her scheme in various bank accounts that she controlled. Finally, the indictment alleges that Ebrahimi manufactured, or attempted to manufacture, and destroy various patient records.