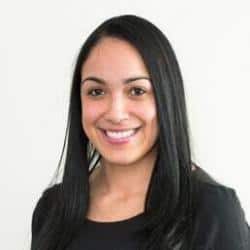 SALEM — A former receptionist at a Salem dental office has been charged with stealing nearly $10,000 by telling patients they had to pay in cash, then pocketing the money.

During her arraignment yesterday in Salem District Court, Cindy Deleon, 26, of Revere pleaded not guilty to a charge of larceny of more than $250 by single scheme.

Prosecutor Colleen Cashman said Deleon was working for Aleris Dental on Lafayette Street, where she handled payments from customers.

The case came to light when one patient who, like many of the others, tried to pay with a credit card was told he had to pay in cash.

But that wasn’t true — the practice accepted credit card payments.

Police and prosecutors say Deleon took the man’s payment, then, on the office computer, made an entry that he’d paid with a Visa card.

The man later realized that insurance should have covered his bill and tried to get a refund.

Salem police Detective Dennis Gaudet said in a report that Deleon had taken cash from 39 patients, for a total of $9,952.

The police report indicates that the office had already had some concerns about Deleon, issuing her several warnings, including one for lying to a patient.

Cashman asked Judge Robert Brennan to set a $1,500 bail for Deleon, citing a history of defaults on her criminal record.

“Allegedly,” responded Deleon’s privately hired attorney, Krista Larsen. “She stands before you with the presumption of innocence.”

Larsen went on to blame defaults in a prior Boston case on paperwork errors.

She also said Deleon, a graduate of Salem High School, was “laid off” from her job in August.

Brennan agreed to release Deleon on personal recognizance, with the condition that she stay away from her former employer.