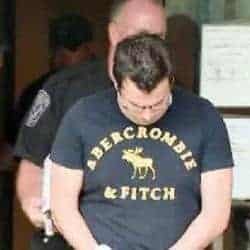 GREEN TREE (KDKA) — Green Tree Police have charged 31-year-old Levi Weaver of Coraopolis with stealing tens of thousands of dollars from The Dentistry office. The office is located on Fleet Street.
Weaver was arraigned late Friday before District Justice Gary Zyra in Scott Township and jailed on $50,000 bail.
Chief Downey said that Weaver worked on the desk, and was responsible for the day sheets and balances, so he had the perfect opportunity to manipulate the books to cover anything he was taking. A police criminal complaint stated that in some cases, cash payments were taken from patients, but were never recorded, and no receipts were provided to patients. In other cases, transactions were deleted from the system. Dentistry employees became suspicious when patients started complaining and calling the office to say they had paid money on their bills, but the payments were not reflected on their accounts. Downey told KDKA’s Ralph Iannotti, “Police confirmed that some patients did pay and they identified Weaver as the person who took the cash payments.” Have questions or concerns? Call us toll-free at 888-398-2327 or click HERE. Content retrieved from http://pittsburgh.cbslocal.com/2013/06/07/expensive-extraction-as-dentist-office-employee-is-charged-with-stealing/