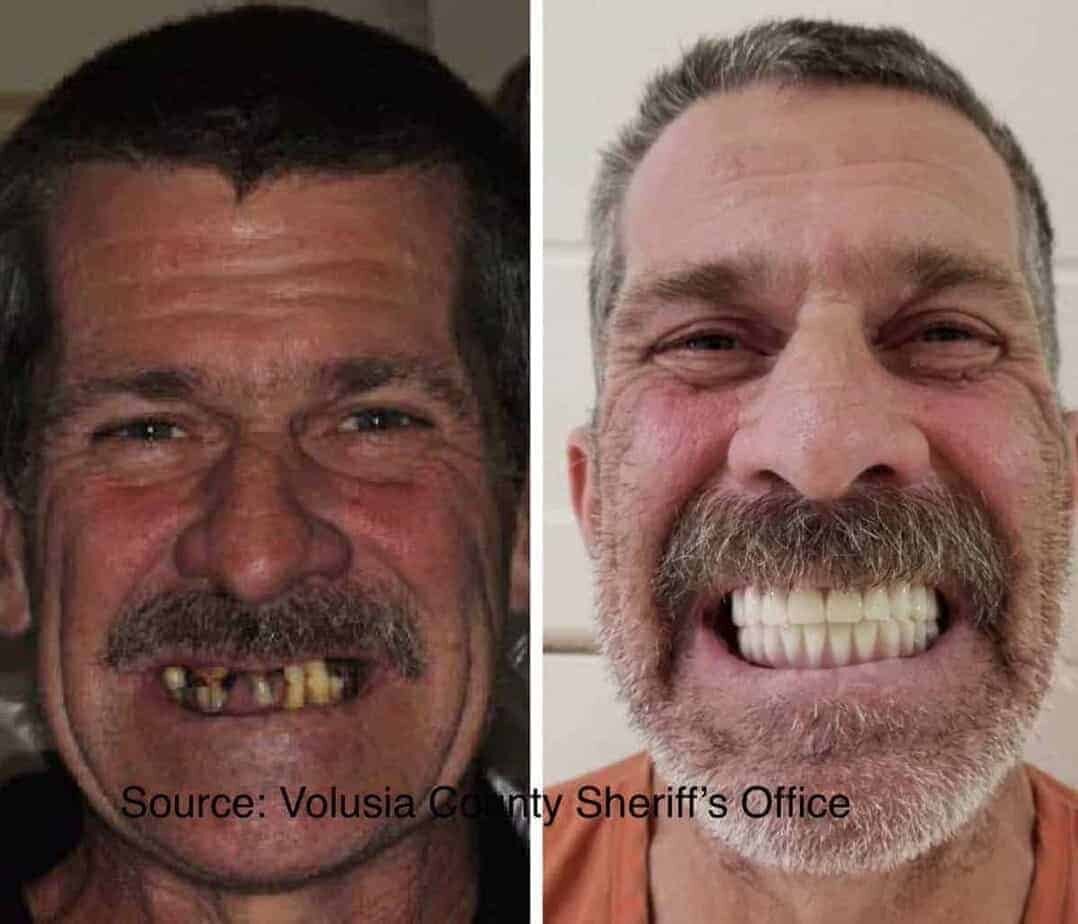 Timothy Powell, 52, of Plantation, FL, has new $41,000 teeth and an almost $10,000 dog.
He paid for none of it.
One of his victims, a man by the name of Harry Brenner, suffers from Alzheimer’s disease, police said.
The Volusia County Sheriff’s Office said Powell used stolen identification to rack up the fraudulent charges for the teeth implants and the pet.
He applied for credit to get his teeth fixed through the Friedman Dental Group and filled out credit card applications Aug. 1, according to court documents.
Powell produced a fake Connecticut driver’s license with the name Harry Brenner. He also provided Brenner’s social security number.
The credit applications were approved, and Powell received dental implants during three appointments from Aug. 2 to Aug. 9, documents show. The implants were not completed and some of his teeth were only temporary, he said.
In total, the procedure costed $41,154.01.
Shortly after, Brenner, who lives in DeBary, FL, began receiving bills from the dental company and alerted police.
Investigators with the Volusia County Sheriff’s Office contacted the Friedman Dental Group and later identified Powell as a suspect through fingerprints from his applications.
Police later found out that Powell used Brenner’s identity to purchase a French bulldog for $9,958.69 from Petland in Plantation, FL.
Powell told the police he was given Brenner’s information by a man named “Rico,” who also provided him with the fake driver’s license.
He said Rico encouraged him to get his teeth fixed at the Friedman Dental Group and drove him to and from the place. Rico told him that if he got his teeth fixed, he’d “look better for conducting fraudulent transactions at other locations in Florida.”
Investigators received photos from the dental company showing Powell with damaged and rotting teeth.
He said that Rico got Brenner’s information from the “dark web.”
Powell also fraudulently withdrew $9,650 from a bank in Daytona Beach, FL, on Sept. 27, using the name “Larry Gene Kelly,” according to the Daytona Beach Police Department.
He told authorities that he purchased Kelly’s identification from an “unknown male” for $100.
Powell is charged with grand theft, using ID without consent and false report of a crime. He is also charged with unauthorized possession of a driver’s license and fraudulent use of personal identification, among other charges.