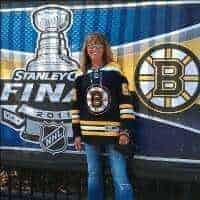 Editor’s note — as you may know, we normally confine ourselves to investigating dental office embezzlement.  However, we do provide reporting on significant embezzlements in medical offices because the methodologies employed have considerable commonality.

SPRINGFIELD — The former office manager of a medical practice in Northampton pleaded guilty in U.S. District Court to embezzling $1.6 million from the group over five years, and shielding the lion’s share of the theft under purported supplies for cancer care.

Roxanne Tubolino, 55, of Belchertown, pleaded guilty to wire fraud and six counts of tax evasion. She faces a maximum prison sentence of 20 years, but will more likely be exposed to just over five years behind bars under advisory sentencing guidelines.

Tubolino dabbed at her eyes and admitted to the counts in a small voice. In the courtroom were her mother and Dr. Deborah Smith, the lone oncologist at the four-member Northampton Internal Medicine Associates in Florence.

“I bore the brunt of it,” Smith said after the hearing, referring to the scheme that stretched back seven years. “Most of the theft, she wrote off as supplies and medication for chemotherapy. I guess it was a good place to hide it.”

Smith said patient care did not suffer – only her bottom line did. Federal prosecutors say Tubolino was responsible for keeping the books at the office, and wrote off thousands of dollars each month to “oncology supplies” and other medical expenses. Meanwhile, she was paying off purchases on her Visa Black Card and other credit cards, according to the government.

Prosecutors and Smith said she discovered the discrepancies and confronted Tubolino in 2013.

Tubolino “admitted to another physician … that she had basically been stealing” from the practice, Breslow told U.S. District Judge Mark G. Mastroianni.

After the plea hearing, Smith said she is still trying to financially pick up the pieces at the practice. She also has sued Tubolino in Hampshire Superior Court over the embezzlement, and the defendant agreed to pay restitution as part of her plea agreement.