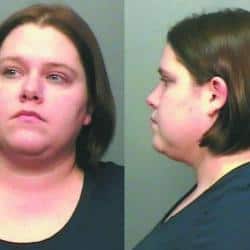 (BROWNSVILLE, Texas) – The financial clerk of a Brownsville dentist has been sentenced to prison for using patient identifying information to open and bill credit card accounts for services while pocketing cash payments made by the patients, United States Attorney Tim Johnson announced today. In a statement to the court, the victimized dentist detailed the 35-year effort by he and his father before him to build trust with their patients only to have the actions of Claire Batsell, 25, destroy it in nine months.

Batsell was sentenced on Tuesday, Jan. 12, 2010, by U.S. District Judge Hilda Tagle to a total of 69 months in federal prison without parole. Batsell pleaded guilty in January 2009 to using fraudulent means of identification and aggravated identity theft. The sentence imposed represents 45 months for the fraudulent use of dental patient identification information conviction and  a mandatory 24-months for the aggravated identity theft conviction which is to be served consecutively. In addition, the court ordered Batsell to serve a three-year-term of supervised release following her imprisonment and to pay $110,000 in restitution.

Batsell, a U.S. citizen and Brownsville resident, was employed by a local dentist as a receptionist/financial clerk from May 2006 until she was fired in July 2007 when her thefts were discovered. As part of her duties in the dentist’s office, Batsell received checks and cash payments from patients for services rendered. She also prepared and submitted credit applications for patients who wanted to pay on credit. Without the dentist’s or the patients’ knowledge, Batsell used the identifying information of patients who paid with cash to open unauthorized credit accounts, then falsified account ledgers to show the credit account being billed and pocketed the cash. Where a patient had a valid credit account but paid cash, she would pocket the cash and bill the credit account.

Prior to handing down the sentence, the court heard the victimized dentist explain how Batsell’s wrongdoing almost destroyed his dental practice, causing a loss of about one-third of his practice and damaged his professional reputation. The dentist told Judge Tagle Batsell’s thefts adversely affected the credit of some of his patients and imposed a huge financial burden on him and his family to pay back the credit card company for the fraudulent charges made by Batsell.  Additionally, the dentist and his staff suffered much embarrassment and stress having to explain to patients what Batsell had done.

The court ordered Batsell into the custody of the United States Marshals to begin serving her sentence immediately following the hearing.

This case was investigated by the U.S. Postal Service and was prosecuted by Assistant U.S. Attorney Oscar Ponce.