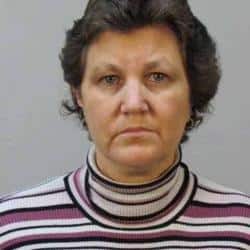 Veronica I. Eicher, 57, of DeForest, who took about $166,000 from a Madison dental office over a four-year period while she was its office manager, was sentenced to eight years of probation, with six months to be served in the Dane County Jail.

Eicher’s lawyer, Adam Walsh, pointed out that the jail time would likely be served at home on a monitoring bracelet, and that the money Eicher would pay in fees to be on home monitoring would be better used paying back Madison No Fear Dentistry, her former employer.

But Circuit Judge Stephen Ehlke said jail time was appropriate because what Eicher did was a serious offense involving a large amount of money.

Dr. David Ducommun said in court that Eicher badly violated the trust he had put in her, and only discovered the thefts after she had left for a Florida vacation. She hung up the phone when he confronted her, and he never heard from her again.

Ducommun said his costs went far beyond patient payments that were stolen, citing fees he incurred to have a fraud investigator study his business’ financial record, as well as writing off some patients’ balances because he could not determine if they had made payments.

A restitution order in the amount of about $101,000 has not yet been finalized.