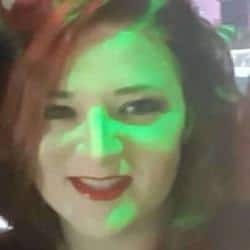 OKLAHOMA CITY – A former surgical center employee, charged earlier this year with embezzling a patient’s refund, is suspected of doing the same to more than 30 other patients to the tune of tens of thousands of dollars, according to recently filed court records.

Erin Marie Bokemper, 31, of Midwest City, was charged in March with felony embezzlement and computer crimes after a patient at Oral and Maxillofacial Associates, 3601 NW 138th St., reported she never received her $1,000 refund after backing out of a planned procedure.

“A patient had contacted them and said they were supposed to be refunded a certain amount of money and for whatever reason the money didn’t make it to the patient,” said Oklahoma City police spokesperson Officer Megan Morgan. “They discovered that the employee had set it up to where that money was sent to her personal account, rather than to the patient.”

Bokemper, who was employed as a customer service representative, is scheduled to appear in Oklahoma County court in that case next month. However, new search warrant filings and police records show Bokemper’s alleged diversion of patient dollars extends beyond just the one patient and $1,000.

On June 1, OMA called police to report that an audit the company conducted found that between October 2016 and September 2017, Bokemper allegedly took more than $24,000 from 34 patients accounts and credited the funds to two credit cards, according to police reports and two search warrants filed this week.

“This same employee had done this, multiple times and that it was possible up to $24,000 worth of money had been embezzled by this employee,” Morgan said.

Calls to Bokemper’s attorney went unreturned. An employee at OMA told News 4 it is not commenting.

Erin has a previous record, including a string of 2016 felony charges from embezzlement.