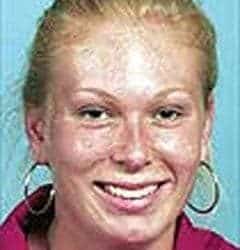 STATEN ISLAND, N.Y. — A former teen tennis prodigy who was charged in 2010 with stealing prescription pads from a dental office where she worked has been accused a second time of the same crime, authorities allege.

Charleston resident Olivia Dubovikov-Hosten was once the top-ranked 14-year-old female tennis player in the country, but in recent years her life took a wrong turn.

The 34-year-old ex-tennis star was arrested and charged in April 2010 with obtaining 690 painkiller pills using seven forged prescriptions she allegedly stole from a South Beach dental office, according to a previous Advance report.

That case was ultimately dismissed and sealed, said a spokesman for Acting District Attorney Daniel Master.

But apparently she couldn’t stay out of trouble.

Dubovikov is now facing criminal charges for allegedly stealing prescription pads from three separate dental offices where she worked between 2013 and 2015, according to court documents. This time around, she allegedly obtained 842 painkiller pills at various Staten Island pharmacies with 33 forged prescriptions.

A law enforcement source said Dubovikov has a drug problem.

She is also accused of attempting to steal $624 from a patient’s checking account to pay for a storage locker, court documents allege.

The suspect has been charged with multiple felony counts of forgery, possessing a forged instrument and possession of a controlled substance, according to information from the D.A.’s office. She’s also accused of multiple misdemeanor counts of stolen-property possession and petit larceny.

STATEN ISLAND, N.Y. — She was once the top-ranked 14-year-old female tennis player in the country.

The 29-year-old ex-tennis star hit the nadir Wednesday when she was arrested and charged with stealing prescription pads from a South Beach dental office where she worked. Ms. Dubovikov allegedly obtained 690 painkiller pills with seven forged prescriptions.

“While the doctors were busy I would fill out the script and use patient information to get the scripts filled at various pharmacies in Brooklyn,” Ms. Dubovikov told cops, according to court papers.

Police allegedly found a blank prescription pad in her pocket.

Ms. Dubovikov, who authorities said now lives on Elton Street in Brooklyn, is also accused of stealing three checks from her father’s Arden Heights dental office last year and cashing them for $2,470.

In November, Ms. Dubovikov began working in a South Beach dental office. A law enforcement source did not know in what capacity.

She allegedly stole prescription pads belonging to two doctors there. Between March 4 and March 27, the suspect forged seven prescriptions in actual patients’ names and used them to score Percocet pills at several Brooklyn pharmacies, authorities charge. The prescriptions were written for between 80 and 110 pills, court papers said.

Ms. Dubovikov obtained 16 additional pills by calling another pharmacy and posing as a doctor, said the source.

She allegedly told the police she had become addicted to Percocet.

The suspect is charged with multiple felony counts of forgery and possessing a forged instrument, along with a felony count of grand larceny, said a spokesman for District Attorney Daniel Donovan. She’s also accused of multiple misdemeanor counts of stolen-property possession and petit larceny.

A man who answered Ms. Dubovikov’s cell phone today identified himself as Joshua Hosten, her fiance.

She and her family moved to the United States from Russia when she was a baby. As an eighth-grader, she was ranked the top 14-year-old girls’ tennis player in America. At 16, she was the top-ranked female player 18 and under in the East, and number 10 nationally, according to published reports.

She was a member of the U.S. Junior National Team and later the University of Maryland tennis squad. Ms. Dubovikov participated in the most prestigious tennis tournaments in the world — Wimbledon, the U.S. Open, the Australian Open and the French Open — according to an online profile.