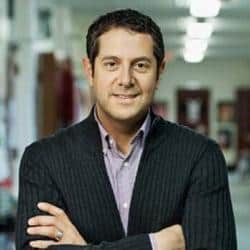 The University of British Columbia alleges a former member of its faculty of dentistry “personally inappropriately enriched himself” when he was involved in a pilot project aimed at improving dental service in Haida Gwaii.

The federal government filed a lawsuit against the university and the former faculty member, Christopher Zed, in B.C. Supreme Court last November over the alleged misuse of millions of dollars in funds. Its allegations have not been proven. Criminal charges have not been laid.

“UBC acknowledges that Dr. Zed personally inappropriately enriched himself during the period in which he was involved in the project,” the university’s response to the civil claim says. “However, UBC says that Dr. Zed’s enrichment was to the loss and detriment of UBC, and not Health Canada.”

The university said Dr. Zed “breached his fiduciary duties to UBC” between 2002, when bank accounts for the clinics were opened, and 2013, when the project wrapped. It said he “incurred inappropriate or excessive expenses and diverted funds generated by the project to the use and personal benefit of Dr. Zed and others.”

However, the university said Dr. Zed and the others – who were not named – subsequently repaid a portion of the funds.

The university also took issue with a couple of the federal government’s specific allegations around money. First, it said a reference in the lawsuit to Dr. Zed making a $1.2-million deposit to his personal bank account in 2011 should have instead said he deposited that money to the clinic accounts.

Dr. Zed has not filed his response to the federal government’s claim. However, he did file a response in April to another lawsuit brought by the Skidegate Indian Band. In that document, Dr. Zed denied he was unjustly enriched by the project. He could not be reached for comment Wednesday.

The university’s response was filed in late June but does not appear to have been previously reported.

The Skidegate Indian Band filed its lawsuit against the university, Dr. Zed, and the federal government in February. It alleged funds it should have received instead went to the university and Dr. Zed.

Dr. Zed, in his response to that lawsuit, denied the band had suffered any loss or damage and said it had no claim against him.

The RCMP has said it is investigating allegations of financial improprieties at the university’s faculty of dentistry, but a police spokesperson did not respond to a message seeking comment Wednesday.

A UBC spokesperson said she could only disclose Dr. Zed is no longer a university employee and was with the faculty of dentistry from September, 1995, until December, 2013.

Dr. Zed was formerly the associate dean of strategic and external affairs with the faculty of dentistry, as well as clinical professor of dentistry.