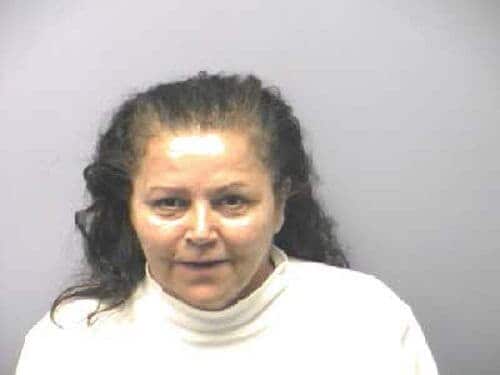 It is still unclear exactly how much money a southwest Roanoke dental assistant was able to steal from her boss over time — estimates range from $20,000 to $120,000 — but on Friday it was determined she would agree to pay $60,000 in restitution for her crimes and serve four years in prison.

Connie Meredith Saunders, 57, was arrested just over two years ago and pleaded guilty in January 2013 to five counts of embezzlement, one count of forgery and one count of uttering or passing forged currency.

Saunders worked for years at Merritt Dental on Brambleton Avenue, and at her plea hearing Roanoke Deputy Commonwealth’s Attorney Betty Jo Anthony said Saunders had, in 2008, started skimming cash when she made bank deposits for the office. Those thefts continued until they were finally discovered in September 2011, at which point Saunders claimed to have no accurate count of how much she’d embezzled, though she did admit to having forged an office check for $1,025.

Judge Charlie Dorsey sentenced Saunders to two years on each of the seven counts against her, suspending that time after she serves four years and also ordered her to spend five years on probation.

The possible range of the total stolen spanned $100,000, with Saunders maintaining it was lower and the victim, Pamela Merritt, claiming it was higher. But faced with the risk of further litigation, both sides opted to roughly split the difference and settle on $60,000 as the amount.

Saunders acknowledged to Anthony that since her arrest, she had worked only intermittently and had not set any money aside to cover her debt to Merritt, but she argued that she had lately been limited by a variety of health problems and had been hospitalized for ailments including methicillin-resistant Staphylococcus aureus, lower back pain, a torn rotator cuff and spider bites.

She said she had applied for disability and hoped to use that money to make Merritt whole.

Dorsey took issue with Saunders and the crimes, arguing that because of the small size of the business “there is a greater degree of harm.”

He also questioned the sincerity of her regret, and when at one point during her testimony she chuckled about her inability to remember the facts of the case, he asked her to explain her laughter.

“You did in effect, at one stage, admit wrongdoing,” Dorsey later told her. “But I don’t believe the level of sincerity is very great in your case.

“There may not be any at all.”