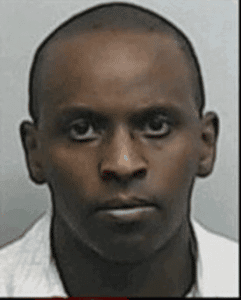 SANDY SPRINGS, Ga. — A Smyrna man is accused of siphoning more than $60,000 from a Sandy Springs periodontal practice where police said he worked as a business manager. Peter Ngunyi, 33, turned himself into the Fulton County Jail last week on theft charges after doctors at Atlanta Periodontal report missing money. “They believe he used an American Express card and some fraudulent payroll activity in order to embezzle the money,” said Sandy Springs police spokeswoman Forrest Bohannon.  “He had access to the credit cards and payroll of the business.” According to an incident report obtained by Channel 2’s Mike Petchenik, investigators believe Ngunyi made unauthorized payments to his own company and to several marketing sites, including GoDaddy.com and Google Adwords. “The higher amount does make it a felony amount; however, he’s way over the mark for felony theft,” said Bohannon. Ngunyi’s attorney, Jeff Brickman, told Petchenik his client immediately turned himself into the jail upon learning of a warrant for his arrest. Brickman told Petchenik his client provided advertising and marketing services to the practice that “completely changed the complexion of the business.” “This is a purely contractual matter and has no business being in the criminal courts,” Brickman said. Brickman said he’s disappointed that police were quick to take out warrants against Ngunyi without first getting his side of the story.  He said he’s talking to the Fulton County District Attorney’s office about having the case dismissed so that it can be handled in civil court. The Fulton County Jail website shows Ngunyi posted a $20,000 bond is now out of jail. Have questions or concerns? Call us toll-free at 888-398-2327 or click HERE. Content retrieved from http://www.ajc.com/news/news/local/man-accused-stealing-60000-dental-office/nZbcn/