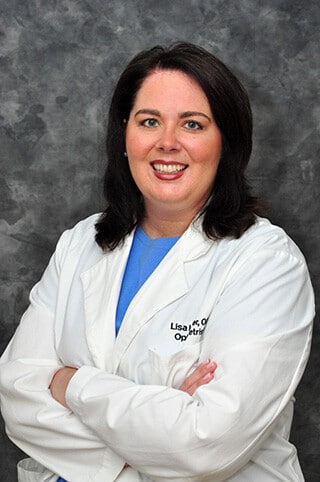 How I prosecuted an embezzling employee

During the summer of 2013, I was starting to hit my stride as a relatively new practice owner. I had taken the helm of my practice in 2011. Cash flow had started to stabilize, and I was starting to plan the next round of investments to improve the practice. My team consisted of three full-time employees, two of whom had been working for the previous owner since 2001. These two long-term employees had a long history with the office and our patients, and they were integral to a smooth transition after I bought the practice. My team was performing well, and we were relatively drama-free.

Or so I thought.

I discovered that an employee had been dispensing glasses to her family without collecting payment for the materials. After studying the relevant charts, I was certain that the activity was deliberately hidden from me. The employee was terminated the following day, but at the time, she insisted that the missing payments were errors rather than evidence of theft.

From three employees to one

A few hours after the termination, my best employee resigned. She was close friends with the one who had been terminated, and although I do not believe she was involved in the theft, I presume that she thought I was incorrect in my accusation. She told me that she no longer needed to work because her husband’s income was sufficient to support them. I may never know her true reasons for quitting, but I was stunned.

My team of three had been reduced to one employee in a matter of a few hours. The person remaining was pregnant with plans to be a stay-at-home mom, so I would be losing her in a matter of months. I would have to rebuild the entire team from scratch. I returned home that evening with a feeling of deep despair, unsure how I would maintain day-to-day operations while also searching for and training new employees.

The scramble to hire temporary and full-time employees began immediately, and I was incredibly fortunate to find wonderful people within a very short time. However, the training process would be long and arduous because I chose to hire for talent rather than eyecare experience. I was fortunate to have friends and colleagues offer to help in many ways to help me through those first few weeks, but nonetheless, the emotional distress was tremendous.

A few weeks after the initial discovery, I learned that the terminated employee had also repeatedly stolen money from the cash drawer in small amounts over a period of two years. My husband and I spent six weeks sifting through charts and making copies of relevant documents to prepare for an insurance claim. There were more than 70 instances of theft, and the amount was far past the threshold to qualify for a felony charge if we chose to pursue legal action.

Ultimately, we decided to turn the information over to the local police department and press charges for three reasons. First, the amount of theft was significant, and I felt the former employee should be punished. Second, I was certain that the accusations were correct because our research had been very thorough. Finally, while talking with local colleagues about the events in my office, I learned that they all had fired someone for theft, but none had pursued criminal charges. Most told the person to return the stolen money or goods in exchange for a promise that the police would not be notified. In other words, the thieves were allowed to move along and prey upon their next employers.

In October 2013, I submitted a four-inch binder of evidence to the local police department. The case was assigned to a detective, but he was unable to start working on it until the following May due to a homicide investigation that was in process. In a way, the delay worked in my favor because it allowed me to focus on training my new team during that period.

The detective and I met in early May 2014, and by the end of that month, his investigation was complete. My former employee confessed to the theft in a recorded phone conversation with the detective, and because she was cooperative, he allowed her to turn herself in the following day. She was arrested and posted bail on the same day. The charges filed against her were felony grand theft and embezzlement.

I was surprised by my reaction to the news that she had been arrested. I expected to feel good and victorious at this milestone, but instead, I just felt sad and unsettled. It was difficult to concentrate on work for the remainder of that day.

The subsequent court process lasted about 10 months. There were several types of hearings, and they were scheduled and rescheduled multiple times along the way. Given our line of work, it was difficult and stressful to remain flexible with the schedule changes. The deputy district attorney assigned to my case was negotiating with the defense attorney. We agreed to drop the charges to a misdemeanor in exchange for a “no contest” plea and a partial upfront restitution payment. I was relieved to avoid the stress of a jury trial.

The sentencing hearing occurred last September, and I read a victim impact statement at the hearing. The judge mentioned that it’s often hard to understand the downstream effects when theft occurs, and he thanked me for articulating them so well. He thanked me three times for being there, which seemed odd to me at the time, but I learned later that victims rarely appear at these hearings.

After sentencing was complete, the next step was restitution. Although I had filed a claim with my business owner’s liability policy for the amount of the theft in 2013, that claim did not include reimbursement for the time that my husband and I spent to conduct the investigation and participate in the court proceedings. In addition, the carrier for my business owner’s liability policy dropped me as a client due to “loss history” after the claim had been paid. Ultimately, the new policy’s premium was significantly higher than the previous policy’s premium.

The restitution process was intended to collect against these additional damages as well as the $1,000 deductible. I used fixed-cost overhead to “charge” for the days that I had to clear my schedule for court hearings—because the hearings had been rescheduled so many times, the total restitution claim was approximately three times the amount of the original theft.

I was sworn in to testify at the restitution hearing in February 2015. The defense attorney attempted to discredit me, but I stood firm and calmly explained the rationale behind each item on the restitution claim. The judge issued his ruling six weeks later, and I was granted nearly all of the restitution that I had requested. He omitted a few small items that were categorized as incidental costs of turnover rather than as a direct result of the theft. Overall, I was pleased that the court had validated my restitution claim.

Was it worth it?

Looking back, I would definitely choose to pursue legal action if I had to face that decision again. It was time-consuming and stressful, but I achieved closure through the process, and it is satisfying to know that my former employee was held responsible for her actions. I learned a lot of valuable lessons along the way, and an article in Optometry Times’ sister publication Medical Economics became a good resource for me as a navigated through the process: MedicalEconomics.com/preventingembezzlement.

I had previously heard that employee theft was a common occurrence in medical practices, but until it happened to me, I had no idea how pervasive the problem had actually become. The realization that a trusted employee had stolen from my practice had far-reaching implications, and the full impact went much deeper than the initial financial damage. I had never before experienced a violation of trust of this magnitude.

The betrayal was personal because I trusted the employee and cared about her during the few years that we worked together. Our backgrounds share quite a few similarities, so I identified with her and wanted to see her succeed. At the same time, she knew that as a new and struggling business owner, I was making significant personal sacrifices to transform the practice. The practice provided her with a job with steady daytime hours, paid vacation time, and fully paid medical, dental, and vision benefits. Yet she felt it was appropriate to also help herself to materials and cash from my office on a regular basis for more than two years. In light of her knowledge of my situation and the generosity extended to her, that was despicable to me.

My life was literally turned upside down by the theft and the subsequent fallout, and it took a solid six months to restabilize my business. The good news is that my practice is stronger now than it was before the theft was discovered. I have a stellar team in place and we have a bright future, so thankfully, I have been able to return to focusing on my original goal of providing excellent eye care for the community.