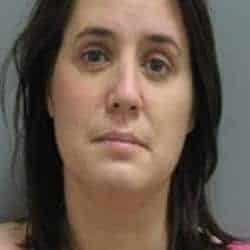 A Tinley Park woman was convicted of stealing supplies and cash from an Orland Park dentist office, where she had been fired in October, according to police. On Feb. 4, police were called about a burglary at a dentist office in the 14600 block of John Humphrey Drive, where a “large amount of dental supplies” were taken, as well as some money, according to a release from the Orland Park Police Department. Kristy S. Maczko, 33, of the 7100 block of 166th Street in Tinley Park, was fired from the dentist office on Oct. 17, 2011, police said. She was later identified by a witness as being seen inside the office during closed hours, on the same morning as the burglary, according to the release. The door lock had been drilled during the burglary, authorities said. She was convicted of burglary and theft. Have questions or concerns? Call us toll-free at 888-398-2327 or click HERE.