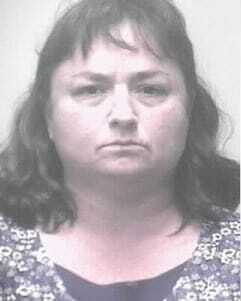 A Wheatland woman was sentenced Monday to three years in prison for embezzling thousands of dollars from a Yuba City doctor’s office.
Jo Ginia Moniz, 43, was sentenced by Sutter County Superior Court Judge Brian Aronson after pleading to a charge of grand theft.
“She got the strictest sentence she could get, so we’re satisfied,” said Dr. Bonita Hoskins, an orthodontist. “It’s been hanging over our heads for 2 1⁄2 years; it’s such a relief.”
Writing herself fraudulent checks and skimming cash from bank deposits, Moniz stole $104,000 from Hoskins and her husband, John, between January 2006 and November 2009, according to the Sutter County District Attorney’s Office.
Moniz was hired in 2001 and promoted to bookkeeper in 2005.
Another employee discovered the fraud and alerted the Hoskins in 2009.
Hoskins said she and her husband were “kind of shocked” when they learned their long-time employee had been stealing from them.
“She was a real confidence man,” Hoskins said. “We didn’t realize the extent of it at first.”
Moniz will serve her prison sentence in the Sutter County Jail as part of the state’s new prison realignment program.
“She continued and delayed everything for two years, so that’s what she received,” Hoskins said.
Sutter County Deputy District Attorney Clint Curry confirmed Moniz was sentenced under the parameters of Assembly Bill 109.
“It’s interesting, too, because the last case we had similar to this, the defendant also received three years, but actually had to serve her time in real prison,” Curry said.
Tiffany L. Lovell, 32, took more than $150,000, also from a Yuba City dentist, between 2005 and 2010. (see Tiffany’s story at https://www.prosperident.com/dental-assistant-biggs-woman-sentenced-3-years-stealing-203000/
Hoskins said she and her husband are putting the incident behind them.