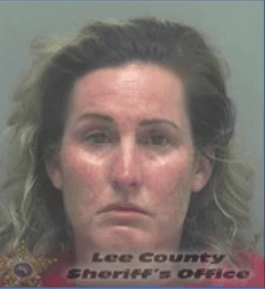 FORT MYERS, Fla. —Kristen Labrue has been arrested after she allegedly wrote five fraudulent checks to herself and her husband’s account for $79,662 while working at the Pediatric Dentistry of Fort Myers.

According to the Lee County Sheriff’s Office (LCSO), the woman identified as 34-year-old Kristen Labrue worked at the dentistry as an assistant to accounts payable manager from April 2021 to June 2021.

On November 2, 2021, the owner of the dentistry contacted deputies about a check fraud involving Labrue. He told deputies that back in October of 2021 his bank, Synovous Bank, called him about a check cashed from the business account that was denied after another cash attempt.

The owner looked at his bank account and found that from May to June 2021, five fraudulent checks had been written from the account, totaling $79,662, LCSO said.

The checks were made to Labrue’s husband and Kristen Lozano, Labrue’s maiden name. The checks were cashed at Regions Bank, BMO Harris Bank and Capital One Bank from June 3 to August 3 2021. Labrue stopped showing up to work around June 18, 2021.

According to the report, still frame photographs taken at the Regions Bank ATM located at 11881 Palm Beach Boulevard showed a woman resembling Labrue depositing checks on June 3 and June 18, 2021. Detectives were able to match signatures on three of the fraudulent checks with a signature from Labrue’s driver’s license.

A query of Labrue’s husband showed he passed away around September 4, 2021. Labrue was not listed as an owner of her husband’s bank account, but transactions showed she still had access to it.

Multiple Zelle and Venmo payments were made from Labrue’s husband’s account to Labrue’s in September and October 2021, after his passing, LCSO said.

The payments aligned with the fraudulent checks and they were made out to Kristen Lozano and Kristen Thiessen, two names Labrue identified as in the past.

Kristen Labrue has done it before, police say

Labrue faces multiple charges of grand theft, deposit with intent to defraud and criminal use of personal identification information. She was arrested on similar charges in 2021 for stealing $100,000 from The Colony at Pelican Landing Foundation.

A review of Kristen Labrue’s backround reveals numerous motor vehicle offenses as well as previous felony convictions dating as far back as 2006. To read an article on hiring properly, click HERE.