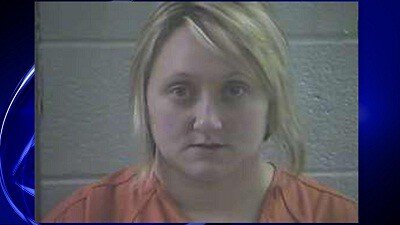 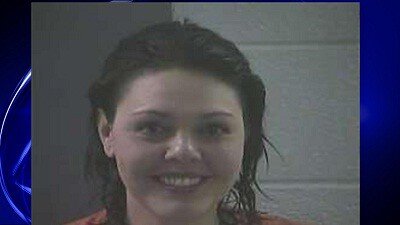 Katrina Dixon and Ashley Coffey are both charged with unauthorized procurement of a controlled substance.

The Laurel County Sheriff’s Office says the two worked for a local dentist. According to detectives, Dixon and Coffey were calling in forged prescriptions on dental patients without their knowledge, and then obtaining the prescriptions for themselves.

“I want to emphasis that this is an on going investigation and that more charges could be coming,” said Deputy Gilbert Acciardo with the Laurel County Sheriff’s Office.

We’re told Dixon and Coffey worked at a dental office in East Bernstadt. We contacted the office where workers told us they had no comment at this time. We also attempted to get Dixon and Coffey’s side of the story from jail, but they did not want to talk.

The two women who called in false prescriptions from the dental office where they worked will now face a preliminary hearing in Laurel District Court next week.

Katrina Dixon, age 35, of MJB Drive and Ashley Coffey, age 25, of Patton Road, both of London, were arrested on Monday afternoon for allegedly calling in forged prescriptions on dental patients, then picking up the prescriptions for themselves. On Tuesday, the continuing investigation by Laurel Sheriff’s Detectives Jason Back and Brad Mitchell resulted in more charges added to the two women.

Dixon is now charged with 10 separate counts and Patton faces eight charges of unauthorized procurement of a controlled substance. Both were held under a $1,000 cash bond. Jail records indicate that both women were released on bond on Tuesday evening.

They were arraigned in Laurel District Court on Wednesday morning. Since their charges are felony offenses, the cases cannot be tried at the district court level and the two are scheduled for a preliminary hearing on Tuesday.

Those charged with felony offenses have two choices: (a) waive their right to a hearing and have the case presented before a grand jury, or (b) hold a hearing to determine if a felony offense has been committed. A preliminary hearing involves presentation of testimony by a law enforcement official and/or witnesses, then allows defense attorneys to question specific information involved in the case or the individual. After the hearing, the district judge hearing the case determines whether the evidence presented during the hearing is sufficient to decide ‘probable cause’ that a felony offense was committed. If probable cause is found, the case is then presented before the members of the grand jury which can then either dismiss or continue the case or return an indictment against the individual(s) involved in the case.