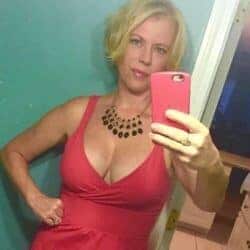 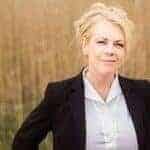 A 46-year-old Scarborough woman was sentenced Friday in federal court to two years in prison and three years of supervised release for embezzling from two health care providers and for using the Social Security number of another person.

Caporino pleaded guilty to the charges on April 30.

According to court records, between 2014 and November 2016, Caporino worked as the office manager for a southern Maine dental practice and embezzled more than $293,000 by using office credit cards for personal expenses, using the office checkbook to pay rent and other personal expenses and by making internet transfers from an office bank account to pay a personal credit card and her PayPal account.

Between December 2016 and 2017, Caporino was the office manager for a Falmouth physician and embezzled more than $255,000 from his practice by stealing checks mailed to the office by patients and insurance companies and then depositing them to her own bank accounts using her smartphone.

In announcing her sentence, Woodcock told Caporino that he found it particularly reprehensible that she victimized a dentist and a doctor, stating that her actions resulted in a “catastrophic victimization of two fine gentlemen who dedicated their lives to helping others.”

Both employers are now closed, according the U.S. Attorney’s news release.

A Scarborough woman pleaded guilty Monday to embezzling more than $500,000 from a dentist and a doctor.

Carrie Caporino, 46, entered the guilty pleas in U.S. District Court in Portland to two counts of embezzlement and one count of Social Security number fraud.

According to authorities, from 2014 to 2016, Caporino embezzled about $295,000 from a dental practice by putting personal charges on office credit cards, using money from the practice to pay a personal credit card bill and a PayPal account, and by writing office checks to cover personal bills, including her rent.

The dental practice, which is not named in court documents, has offices in Portland, Biddeford and Yarmouth.

In 2016 and 2017, federal officials said, Caporino embezzled about $253,000 from a Falmouth doctor by depositing checks intended for the doctor into her personal checking account. She also wrote unauthorized office checks to herself, authorities said.

The Falmouth physician is not identified by name in court documents and is only referred to as the “victim” by the FBI agent who investigated the case.

According to the charges, Caporino also used a Social Security number that was not assigned to her to apply for health insurance when she worked for the dentist.

She faces up to 10 years in prison on the embezzlement counts and up to five years on the Social Security count, along with fines of up to $250,000 on each count.