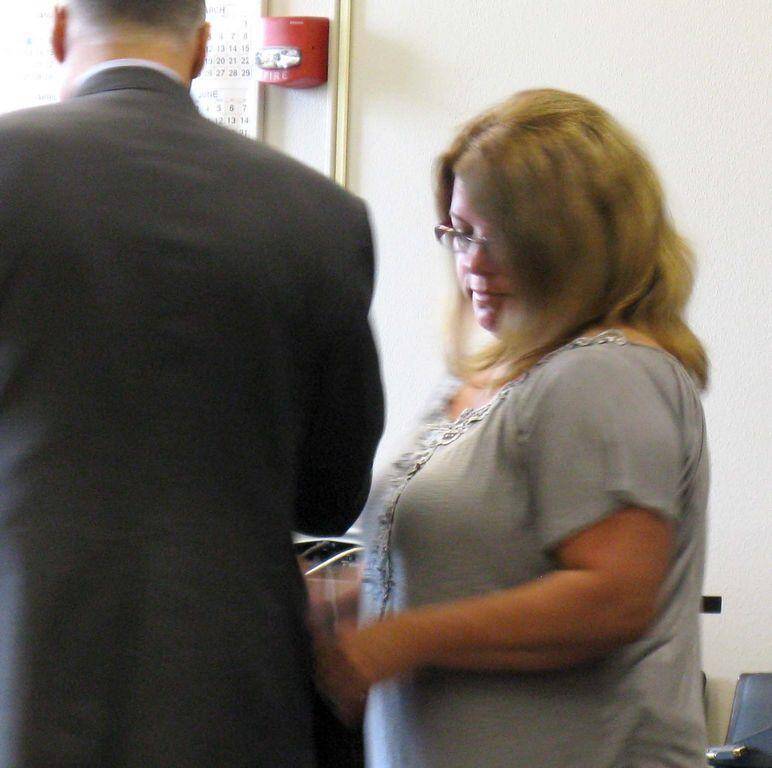 A longtime office manager for Dr. Louis Rabice was sentenced to prison Tuesday for stealing $300,000 from the Utica dentist.

Mary Frank, 57, of Rome, received 1 to 3 years in prison for her guilty plea in Oneida County Court to second-degree grand larceny and fourth-degree criminal tax fraud.
As Frank appeared in court this week, she had already paid back the full amount of money she admitted stealing from the dentist’s office over a period of six or seven years. The money would be embezzled on a regular basis as Frank processed cash payments from patients.

Frank – who had worked for Rabice for 23 years – also agreed to pay more than $33,000 in state taxes that she never paid on the stolen money that would have been considered additional income.

“She ran into some tough times and had to pay some bills,” Frank’s attorney Frank Mellace later explained outside the courtroom. “She made some wrong decisions and she took some money that didn’t belong to her, unfortunately.”

In court, neither Frank nor Mellace offered any final words on the matter.

Although Frank paid back the $300,000, Mellace said Frank had doubts she actually took that much money. Instead, she believes other employees were also taking advantage of the office’s accounting measures.

But investigators found no evidence that anyone other than Frank was stealing from Rabice, Assistant District Attorney Bernard Hyman said. This is a “classic case,” Hyman said, of what can happen when business owners place too much trust and authority in one employee without much oversight.

“Dr. Rabice was quite disappointed and would never have believed it was this particular person,” Hyman said.