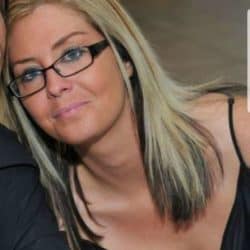 There are indications that Ms. Heffington is working for, or involved in the ownership of a company providing outsourced dental claims submission and processing.  The full story is here — https://www.prosperident.com/s-o-s-dental-experts-added-to-our-watchlist/ .

We understand that Ms. Heffington is appealing.

According to court records, she was indicted for seventeen offences including Fraud, Forgery, Assuming the Identity of Another, Conspiring to Commit Insurance Fraud, two counts of Theft Scheme more than $10,000 but less than $100,000, and Fraud in Procuring Issuance of Credit Card.

For the remaining 14 offences that Kristi was charged with, the disposition was recorded as “nolle pros,”which normally means that the State of Maryland decided not to prosecute on these charges.

Kristi was sentenced to 10 years in prison, of which all but 9 months was suspended, with the 9 month sentence to be served at home with a monitoring system.  She was also ordered to pay restitution of $25,000 to Ron and Anne Moser of Crownsville MD.

Our research indicates that Ms. Heffington continues to work in the dental field.  She may be using the name Kristi Tracey.

In an interesting twist, Kristi and her husband, Matthew Heffington, commenced a lawsuit against the Mosers (presumably the same people who Kristi was ordered to pay restitution in the criminal trial) for defamation and other torts.

Court  reporting of the proceedings states that the Heffingtons “alleged that Dr. Moser and Anne then “conspired to develop a scheme to disparage [Kristi’s] reputation, and to cause injury to her financial, mental, psychological, emotional, and personal well-being, as well as interfere with her own standing as an employee in the dental community.” In furtherance of that conspiracy, the Mosers falsely reported to the police that Kristi had stolen over $3,000 from the Practice; filed a false insurance claim asserting that Kristi had stolen over $100,000 from the Practice; filed a civil action in the District Court of Maryland for Anne Arundel County falsely alleging that Kristi had wrongfully refused to repay a $5,000 loan from Dr. Moser; and called [Matthew’s employer] , and made false allegations about Kristi and false allegations that Matthew had participated in Kristi’s
alleged theft scheme.”

A delay in Kristi’s criminal trial caused the Heffingtons to seek to delay the civil proceedings, on the basis that Kristi’s testimony in her lawsuit against the Mosers might compromise her position in the criminal trial, where she intended to assert her Fifth Amendment rights. Her request to postpone the civil trial was initially denied, but was granted on appeal.  The appeal was then overturned again by the Maryland Court of Appeal, meaning that her lawsuit was unsuccessful

This case has received a bit of attention from legal scholars because of the interplay between the civil and criminal proceedings with respect to preserving Kristi’s right not to self-incriminate in a criminal matter while still allowing her to seek civil recourse against the Mosers n civil court.

The reporting of the appeal makes for interesting reading and is available below.