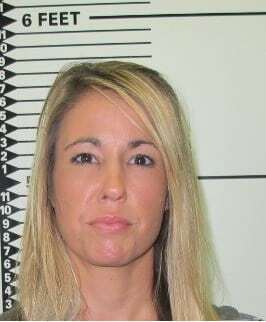 MARSHALL, Mo.– A warrant has been issued for a Marshall resident who is charged with 134 felony charges. Anne Marie Coke, 36, is charged with 134 Class D Felony charges of fraudulently attempting to obtain a controlled substance. A probable cause statement indicates Coke stole a prescription pad from her uncle, a local dentist, and was forging prescriptions for pain medication. The statement lists 13 individuals who filled prescriptions for Coke, between March 2014 and February 2016, each time obtaining 20-30 pills of Oxycodone. A bond has been set for Coke at $50,000 cash or surety with court dates pending. Have questions or concerns? Call us toll-free at 888-398-2327 or click HERE. Content retrieved fromhttp://www.kmzu.com/warrant-issued-for-marshall-resident-on-134-felony-charges/

Thursday, June 16, 2016 Arron Hustead/Staff Writer
Stuart and Natalie Gossett
A Marshall couple faces charges for 37 counts of fraudulently attempting to obtain a controlled substance, a class D felony.Stuart Randall Gossett, 31, and his wife Natalie Diane, 29, stand accused of fraudulently obtaining prescriptions for oxycodone at multiple pharmacies in Marshall using forged prescriptions from the dental office of Paul V. Thompson, DDS. Stuart was charged with 21 counts while Natalie was charged with 16. According to the probable cause statement in the case, 37 prescriptions were filled by the couple over a period of more than one year from January 2015 to February 2016 that were not filed in the patients dental records. If convicted, the Gossetts could face, per offense, up to 4 years with the Department of Corrections, or up to one year in county jail and / or up to a $5,000 fine. According to the statement, the Gossetts received the forged prescriptions primarily from Anne Thompson-Coke, who worked in Thompson’s dental office. Coke was arrested Feb. 24 under suspicion of fraudulent attempt to obtain a controlled substance, distribution of a controlled substance, possession of a controlled substance, forgery and fraudulent insurance act. In the statement, Thompson reportedly told the police Coke had stolen a prescription pad or pads from him nearly a decade ago and used it to forge his name for prescriptions to her friends at the time, for which she was dismissed. However, he later rehired her, believing she had learned her lesson, the report states. Also included in the probable cause statement are reports from six other individuals, all admitting to filling prescriptions for oxycodone or percocets received from Coke and later giving her portions of the prescriptions. Each of their accounts occurred between October 2015 and February 2016. Content retrieved from http://www.marshallnews.com/story/2314283.html