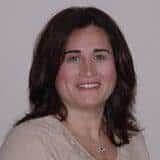 NORRISTOWN >> A New Jersey woman who worked as an office manager at an Abington Township dental practice has been convicted of charges she stole more than $85,000 from the business to support, prosecutors say, her “lavish lifestyle.”

Jackie Singer, 50, of Pennsauken, showed no emotion as she was convicted by a jury in Montgomery County Court of charges of theft by unlawful taking, receiving stolen property and forgery in connection with incidents that occurred between 2008 and 2014 while she worked for the Julie Robin Arouh Dental Practice along Old York Road in the Jenkintown section of Abington.

Judge Gail. A. Weilheimer, who presided over the four-day trial, deferred sentencing so that court officials can complete a background investigative report about Singer. Singer remains free on bail pending sentencing.

An investigation began after Singer was dismissed from her job in March 2014 and the owner of the practice conducted an audit of office records “and found several financial discrepancies dating back to 2008,” according to the criminal complaint filed by Abington Detective Robert Wilsbach.

The investigation determined Singer paid her personal credit card bills using the dental practice’s bank accounts. Singer also issued checks from the accounts for personal use, signing the doctor’s name to the checks “for which she was not authorized,” Wilsbach alleged.

Singer also applied for and was issued a Visa business account in the practice’s name and used it to make personal purchases, prosecutors alleged.

“She was going on trips. She went to the Bahamas. She went to Las Vegas. She bought airline tickets, hotel reservations, she paid for her car insurance … and other personal expenses,” Carney alleged. “She purchased items from Coach, Tiffany’s and tropical vacations.

“We would submit that she was using these stolen funds to live a lavish lifestyle,” Carney added.

During the trial, Singer, who was represented by defense lawyer Andres Jalon, testified and implied the owner of the practice had given her permission to use the funds. Carney said the doctor never gave Singer permission.

“Essentially, this is a case of misplaced trust. The doctor trusted her to run the office and the defendant took advantage of that trust and used those funds for her own personal gain,” Carney said.