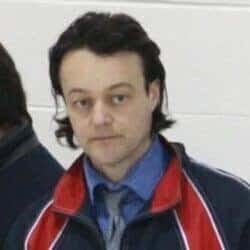 Dr. Joseph Radice had every reason to believe his money was in good hands.
The Woodbridge dentist had invested $617,000 of hard earned savings with a dental colleague he believed was a financial whiz who had made a killing on the New York and Toronto stock exchanges.
Today, Radice alleges he is one of at least 50 investors — many of them prominent dentists — looking for $50 million in lost funds. In allegations filed in court Radice accuses former colleague Peter Sbaraglia and wife Mandy, both dentists, of being key cogs in a sophisticated Ponzi scheme.
What Radice and investors did not know was that the Ontario Securities Commission (OSC) was actively investigating the scheme, even as they were being reassured that their money was safe and earning vast returns.
“If they are a protective government agency then, hey, (the OSC) should have stepped up,” Radice said in an interview. “What safeguards are in place to protect investors from unscrupulous people?”
Radice believes the OSC should have acted to freeze bank accounts and protect investor assets back in 2008.
The scheme exploded a year ago when its kingpin, Robert Mander, killed himself in his Flamborough just before a court hearing into the matter.
Today, as lawyers, receivers and investigators squabble over the case, questions are being raised over whether the OSC should have warned investors to back off the scheme. The judge who appointed a receiver to wind up the scheme’s assets last December remarked “it could very well be that the OSC could have acted more promptly.”

An OSC spokesperson told the Star the regulator did nothing wrong, saying that the receiver in its investigation did not “conclude the OSC failed to protect investors.”