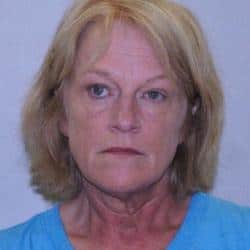 Content retrieved from Pay or stay in jail for woman who embezzled $170K from dental office | MLive.com

GRAND RAPIDS, MI – The clock is ticking for a woman who stole an estimated $170,000 from the Gaines Township dentists she once described as “great bosses.”

Kathy Lyn Elenbaas pleaded guilty nearly a year ago to stealing the money from Dental Associates of West Michigan, 6208 Kalamazoo Ave. SE, by pocketing cash in ever-growing multiple thefts between 2011 and 2013.

In October, Kent County Circuit Court Judge Paul Sullivan delayed sentencing on the 15-year felony for a year to give Elenbaas a chance to make a dent in the debt.

But as of Tuesday, Sept. 8, Elenbaas had paid only a couple thousand dollars off the debt because she has had trouble getting a job due to her record. Elenbaas’ attorney Jason Jansma said his client has gotten a $12-per-hour temp job and expects to be hired permanently at $17-per-hour soon.

In court Tuesday, Sullivan said the amount paid back has been a disappointment to the owners of the dental office, so the judge decided to impose a tougher sentence.

Sullivan said that Elenbaas is now under house arrest for at least one year, monitored by a GPS tether that allows her to go only to work and appointments approved by her probation officer.

She is also under probation for five years during which time if she is not making efforts to pay, the judge says she will go to jail for one year.

“I want you to understand the seriousness of this,” Sullivan told Elenbaas. The judge said given the extent of the theft, a year in jail is earned, but he wants to see the victims made whole.

Sullivan ordered that she pay at least $300 a month and that she increase that amount over the course of the next five years to pay the debt off.

Elenbaas told the judge she hopes to pay as much as $800 per month when she gets her raise.

“I can’t take it back, but I can try really hard to pay it back,” Elenbaas told Sullivan.