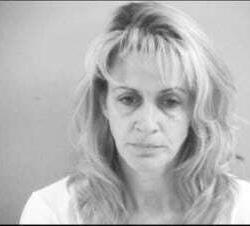 A Petoskey woman was sentenced Monday in 57th Circuit Court to serve the next 11 months in jail for embezzlement.

Melissa Kay Grawey, 42, was alleged in February of 2009 to have embezzled more than $94,000 from her former employer, Northern Dental Group PC in Pellston, during a two-and-a-half year period.

She was originally charged with seven felony counts, including one count of embezzlement between $50,000 and $100,000, a 15-year felony; three counts of forgery and three counts of uttering and publishing, each of which are 14-year felonies; however, these charges were dismissed once Grawey took a plea agreement from the Emmet County Prosecutor’s Office.

On Nov. 24, during a hearing in circuit court, Grawey pleaded guilty to one count of embezzlement, $20,000 or more, which is a 10-year felony, while the remaining charges against her were dropped.

During Grawey’s sentencing Monday, both dentists from Northern Dental Group, Dr. William Gillette and Dr. Eric Hayhurst, as well as several employees from their practice, attended to speak out about the impact of this crime on their business.

“I could not do justice to (Dr. Gillette’s) words, but he conveyed, very well, that the impact on the business was felt by every employee,” said Duane Beach, chief assistant prosecutor for Emmet County. “That the monetary impact was just one aspect of the loss suffered by the business …”

Beach said Judge Charles W. Johnson sent a message to Grawey, as well as any person who has or would commit this type of crime.

“Judge Johnson stated that embezzlement is stealing, except that the stealing is done by someone in a position of trust — it is both hurtful and harmful, and merits a significant punishment,” Beach said.

Johnson sentenced Grawey to serve the next 11 months in jail, to be put on five years of probation, to notify the Air Force Reserve of her criminal activity, as well as ordered her to pay restitution to Northern Dental Group PC in the amount of $53,145.51.

This payment, however, is pending, as a result of a claim from Northern Dental Group PC, that Grawey owes them $135,205.15 in restitution.

A hearing for this claim will be set within the next 30 days.