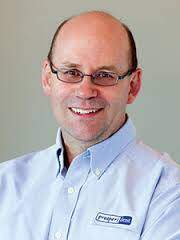 I’m not referring to the catchy John Mellencamp tune of the 1980s (although I did like the song).  I’m referring to one of the factors that dentists use to convince themselves that they are immune from embezzlement.
We all want to believe that our staff members are honest and that they would never steal from us, and most of the time this is true.  However, there is also a significant portion of the population who, in the right circumstances, will commit a dishonest act.  When you combine the size of this cohort with the large number of staff that a typical dentist will hire in his or her career, the result is that at least two in three dentists will eventually be embezzled.
The two biggest mistakes that I see dentists making is that they underestimate the ingenuity and determination of those who embezzle and that dentists latch onto certain factors that they believe provide immunity.
It is tempting to think that embezzlement is an urban problem and is caused because dentists in cities often end up hiring people who they don’t know, whereas in many cases those hired by a small-town dentist are already well-known to the dentist.  What the dentists with this hypothesis do not know is that the majority of embezzlers have no criminal record or history of previous embezzlement.
I have also encountered many dental specialists who believe that embezzlement is primarily a problem for general dentists.  Others think that paying their team members a premium above the local going rate will ensure the honesty of those people.
And then there are those who are convinced that checking the day-end report from their practice management software will prevent embezzlement.  (Boy are they mistaken — see a discussion HERE.)
Embezzlement happens for one simple reason — someone working for you decides that they have an entitlement to your money.  The factors that push them into this decision have a lot to do with them, and very little to do with you.  If the factors necessary to put someone in the place where they feel that stealing is appropriate, then they will embezzle.  This can happen in any practice.
Our Hall of Shame profiles about 500 embezzlers.  Statistical analysis of them shows that they fit virtually no profile.   Most are female, but this is probably a simple reflection of the gender imbalance among administrative staff in dental practices than the propensity of one gender to embezzle.  They range in age from their early 20s to their 70s.  They have widely varying levels of education.  They live in the biggest cities and the smallest towns.  Their methods of stealing vary widely.  Amounts stolen range from a few thousand dollars to over $1,000,000.
So to believe that certain factors make your practice immune is both understandable, and naïve.  Take heart, though, because there are some concrete steps that you can take to improve your chances.  A good starting point is HERE, and Prosperident does offer some excellent options for improving your protection.
Do you want to protect your practice better?  Give Prosperident a call at 888-398-2327 or send an email to requests@dentalembezzlement.com