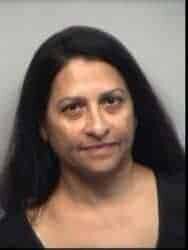 A Sandy Springs dentist’s office was busy cleaning teeth while their bookkeeper was cleaning them out of millions.

Sandy Springs Police Captain Steve Rose tells WSB that 58-year-old Rosemary D’souza had been the office manager and bookkeeper for TLC Dental for nearly 20 years, but suspicions arose during a casual conversation.
“She mentioned that the family owned a couple of houses in Florida. This kind of raised suspicion with the doctor based on – it’s kind of extravagant possessions with somebody with that particular salary base,” said Rose.
An investigation revealed that between 2009 and 2013, D’souza embezzled two million dollars.
“From what we can tell, Rosemary paid herself over this period of time over $800,000, paid her husband over $600,000, and then paid her daughter who is a student, over $83,000,” said Rose.
Rose says because D’souza was a longtime employee, they had complete trust in her.
“They believed them to be honest and it’s the misuse and it’s taking advantage of that trust which allowed that person to just go undetected for so long,” said Rose.
Rosemary D’souza has been charged with numerous offenses including theft by taking and financial card fraud.  D’souza’s daughter, 20-year-old Karen and her husband Joseph, have been charged with theft by taking.