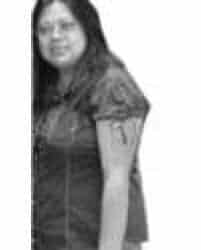 San Jose’s Rochelle Banting was convicted in 2015 of felony grand theft, insurance fraud and forgery relating to her work in two dental offices.
In charge of the billing in two dentists offices over five years, Banting embezzled about $40,000, according to District Attorney Investigator Glenn McGovern.
“You cannot have one person be the only one who understands the billing process,” McGovern said. ” I see this more and more where they trust someone, they are the only one who understand the whole process and they get out of control.”
Banting was convicted of scamming her insurance carrier, which was not identified, by filing false claims for her, her husband or her six children, that were directly reimbursed to her. Later, at another dentist’s office, she directly pocketed cash payments from patients, McGovern said.
At the time that she was charged with these offenses, media reports indicated that she had left her family and was in hiding.
Banting, who may now be using the name “Chel Malig” and may be living in Sacramento, does have previous felony convictions in 2000 and 2001. There was an additional felony charge in 2011 that does not appear to have resulted in a conviction.
In 2019, Ms. Banting requested that we remove this post, on the basis that she had been “cleared”, but the documents and court record suggest otherwise.