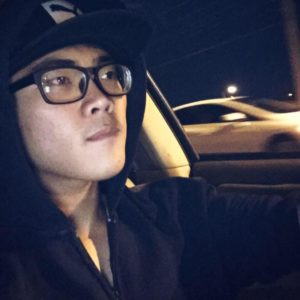 The identity theft ring was able to steal 20 identities and over $170,000 worth of cash, expensive clothing, jewelry and accessories. They bought flat screen TVs, a Gucci watch and $31,000 worth of merchandise from Neiman-Marcus. Members of the ring raised cash by returning items bought using fake identities.

“This criminal identity theft ring wreaked financial and emotional havoc on the victims, who will now endure hours of work fixing their credit and rebuilding their lives,” Brown said. “It’s important to keep these fraud rings from ripping off other victims.”

In late 2009, Brown’s office was notified by the U.S. Postal Inspection Service that several individuals reported their social security numbers had been illegally used to apply for credit cards. The credit card information was sent to a San Jose residence later discovered to be the home of Chev Chan.

The subsequent investigation revealed that between June and December of 2009, the defendants, along with other unnamed suspects, engaged in an identity theft spree throughout the Bay Area. The ring’s leaders, Nick Luu and Chev Chan, used several San Jose, Santa Clara, Sunnyvale, and Campbell addresses to divert the victims’ mail. Luu and Chan also had victims’ mail sent through false change-of-address forms and opened five Post Office boxes in San Jose.

Most of the victims’ identities were stolen from clients at a San Jose law office and Santa Clara dental office where two of the defendants worked.

During a search of Nick Luu’s residence, Brown’s office found 10 dental claim forms that contained patients’ names, addresses, dates of birth and social security numbers. The forms were given to Luu by Jessica Campos, an employee of the Santa Clara dental office, to use to manufacture fake identities. Campos was told by leaders in the ring to obtain current employers and addresses of Asian males who were about the same ages as the conspirators. As a result of Campos’ involvement, three dental office patients had their personal information used to make fraudulent purchases.

One of the defendants, Quang Le, was seen on video surveillance at Zales Jewelers in Eastridge Mall making a fraudulent purchase of $4,400. Le also racked up over $31,000 in fraudulent charges at Neiman-Marcus.

The fraud ring also opened fraudulent bank accounts and wrote dozens of checks. Daniel Lesly wrote 15 non-sufficient-funds checks totaling almost $2,000 from an account he fraudulently opened at Bank of America. The checks were written from the account to Target and Lucky’s. Lesly also returned a Gucci watch, previously purchased using a fake identity, and took over $2,000 in cash for the exchange.

To enable him to use the credit cards, defendant Mark Medlin used the victims’ identities to open credit lines and manufacture fake California driver’s licenses. These fraudulent driver’s licenses were used by Nick Luu, Chev Chan, and Quang Le.