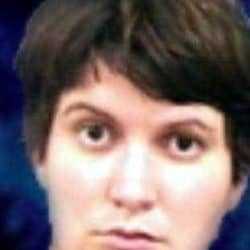 The woman charged with five counts of child endangerment after the Council Bluffs child care center she ran closed down after less than a month in operation now faces two felony charges in Sarpy County, Neb.

Sharon Troff, 23, was charged Thursday with one count of theft and one count of insurance fraud, both for amounts in excess of $1,500, said Laurie Burgess, a deputy county attorney.

Troff remains free on bond since her arrest last week when sheriff’s deputies obtained a warrant to investigate the missing money. Prosecutors reviewed the evidence and filed the charges.

She worked for about six months as an accounts clerk at the dental offices of Dr. Anthony Bolamperti in Omaha and Sarpy County, Voss said.

During that time, Troff would bill insurance companies for work done at the offices, mark the customer’s account paid when the insurance check arrived, then deposit the check in her checking and savings accounts, Voss said. She mostly used ATMs.

“I’m sure all the transactions are on video,” he said.

Wells Fargo Bank then deposited the unendorsed checks in her account, Voss said.

All of the checks, close to 200 of them, have Troff’s account number on them, he said.

“It was not too hard to investigate,” Voss said, but it was “a lot of work because there were so many checks.”

Troff also submitted bills in excess of the proper amount for dental work done on her husband and deposited that check, Voss said.

“This is one where I don’t think she can come up with an excuse to exonerate her from these deeds,” Voss said.

The Sarpy County attorney will have to prove there’s a basis for the allegations at a preliminary hearing, if there is one, said Anthony Troia, an Omaha attorney who is representing Troff on the Sarpy County charges.

An Aug. 30 preliminary hearing has been set, Troia said.

Pottawattamie County Attorney Matt Wilber said his office will be in contact with Nebraska authorities about prosecution of the two sets of unrelated charges.