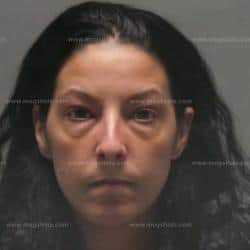 CLAYTON   •  A receptionist at a Clayton dental office has been accused of stealing more than $8,000 from her employer and getting painkillers using a phony prescription, authorities say.

Nicole A. Miller, 36, of St. Charles, was charged Friday with felony stealing and fraudulently attempting to obtain a controlled substance. Bail was set at $15,000.

Clayton police say Miller worked as a receptionist at Viva Smiles, a dental office in Clayton. According to court records, her employers discovered that she had stolen more than $8,000 from the business by using the office’s credit card machine to make fraudulent refund payments onto her personal debit cards.

She confessed to her employer but made no statement to police when she was arrested, police say.
In addition, Miller is accused of filling three prescriptions for hydrocodone at a pharmacy in Ladue. The issuing doctor listed on the prescription was her boss, but that doctor told the police she never prescribed any medication for Miller.

Court records allege she stole the money between Sept. 9 and March 6 and that she got the prescriptions between Oct. 16 and Jan. 2.