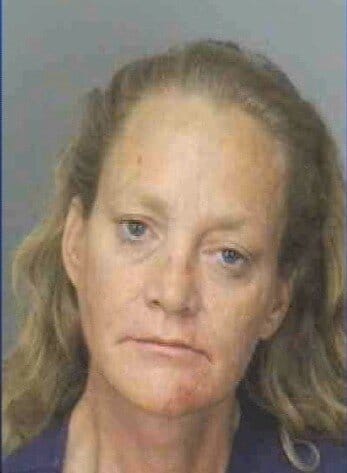 Stacey Sumner, a Lakeland dentist’s daughter, is behind bars after Polk County Sheriff’s deputies say she forged hundreds of prescriptions using her father’s prescription pad. According to detectives, Stacey Sumner, 46, forged prescription painkillers for herself and patients. Now, the entire office at Sonrise Dental Clinic on Bartow Road in Lakeland is under investigation by both the PCSO and the Department of Health.

Investigators said Sumner worked as a receptionist at the clinic, where her father is also the dentist. Sumner’s father, Dr. William Johnson, told investigators he knew his daughter was addicted to Hydrocodone. He declined to comment to Bay News 9 at his office Friday. Dr. Johnson has his own trouble; investigators said there are missing and incomplete records on his patients. Deputies said cell phone video, taken by a confidential source, shows Sumner forging her father’s name on a prescription for Hydrocodone. It was one of more than 500 she allegedly forged over the past 15 months. Investigators said Stacey Sumner was using family and friends who were patients at the clinic to fill the prescriptions. One of those friends, Lois McDermott, has also been arrested. “[Sumner] would either give the friend some money to cash them in at the pharmacy, or give them some pills in return, and she would direct them to which pharmacies to go to,” Polk Co. Sheriff Grady Judd said. According to Judd, so many prescriptions for Hydrocodone had been written, some area pharmacies stopped accepting their prescriptions from the clinic. “I don’t see anything that’s going on,” one of Johnson’s patients, Dorothy Fuqua — whose son was having dental work done at the clinic — said. “We’re not here to get pain pills. He’s just in there getting three teeth pulled.” Judd said there may be more arrests in the case that come as the investigation continues. “I’m not naïve enough to think this is the end of it right here,” Judd said, “not when you have this many prescriptions.” Stacey Sumner is charged with trafficking Hydrocodone, forgery and obtaining prescription by fraud. She was arrested in 2002 for the same crime, also while working for her father. Have questions or concerns? Call us toll-free at 888-398-2327 or click HERE. Content retrieved from https://www.baynews9.com/fl/tampa/news/2012/6/1/lakeland_dentist_s_d